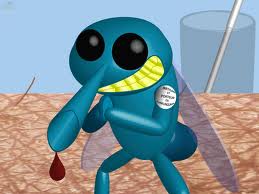 Chikungunya is a viral disease spread by mosquitoes. Chikungunya symptoms include severe and persistent joint pain, body rash, headache and fever. Initial symptoms are similar to dengue fever. It is usually NOT life threatening. But the joint pains can last for a long time and full recovery may take months. Usually patient gets life long immunity from infection and hence re-infection is very rare. 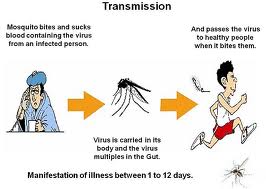 Chikungunya disease is a viral disease transmitted in humans by the bite of infected mosquitoes. Aedes aegypti mosquito (also called yellow fever mosquito) is the primary transmission agent of Chikungunya Virus. This is usually found in tropics and hence Chikungunya is predominantly seen in asian countries. In recent cases, another mosquito species named Aedes albopictus is found to be a carrier. Aedes aegypti bites during day time and hence day time mosquito bite is the main reason for transmission.
Presence of stagnated water in and around human inhabitation is one of the main causes of increased aedes mosquito population. This in turn causes a large number of mosquito bites leading to the rapid spread of Chikungunya virus.

What are the symptoms of Chikungunya fever? 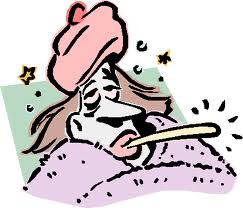 Chikungunya typically starts with one or more of the following symptoms - chills, fever, vomiting, nausea, head ache and joint pain. The fever can reach upto 104 degree celsius. The attack is sudden and sometimes it is accompanied with rashes. Severe joint pain is the main and the most problematic symptom of Chikungunya. In some infections, no symptoms are seen and this behavior is seen predominantly in children.
After the mosquito bite it takes one to 12 days before the symptoms are seen. In many cases the only differentiating factor for symptoms is the acute joint pain.
Some of the physical symptoms of Chikungunya include,

What are the Diagnostic tests for  Chikungunya
Ayurveda treatment of Chikungunya
Since there is no medicine for Chikungunya in allopathy, people increasingly turning to traditional indian medicines (ayurveda). Ayurveda treatment of Chikungunya uses herbal drugs. Some of the kashayams (concoctions) prescribed are Amrutharista, Mahasudarshana Churna, panchathiktha kashayam, Sudarshan Churnam, Dhanvantaram Gutika and Amruthotharam Kashayam. Ancient ayurveda describes a similar condition called Sandhijwara which is similar to Chikungunya in its symptoms (joint pain). Hence some of the medicines can sooth joint pain.

Is their a Prevention for  Chikungunya Fever 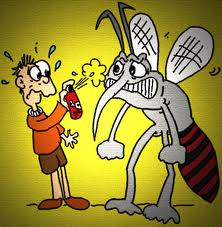 Currently there is no vaccine for Chikungunya. There is only way to prevent Chikungunya fever - don't get bit by a mosquito! This is easier said than done in a tropical area such as India. Some of the following precautions can help reduce the risk of mosquito bites.

Reducing the risk of mosquito bite

Another way to reduce the mosquite bite is to take steps to reduce its breeding. This needs to be a community effort since only one individual alone cannot achieve much. Some of the following steps can be taken to reduce mosquito breeding in your area. 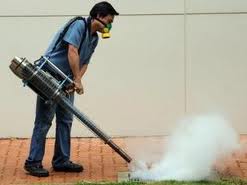 Note that most infection happens occur outside the house and hence mosquito control is the most effective way to prevent Chikungunya outbreak. It is also important that patients with infection don't get bitten by mosquito. 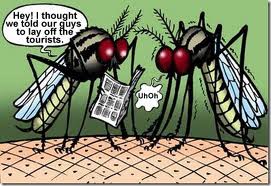