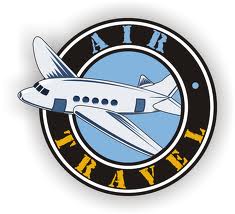 Over one billion people travel by air each year.The information in this article refers to considerations regarding fitness to fly as a passenger.

The information given is general and not exhaustive; the links to the individual guidelines should be used to examine issues in more detail. Individual patients may need to have several conditions taken into account and different airlines have varied policies. More difficult cases are best considered with specialist advice and/or liaison with the particular airline's medical advisors. The sources of advice used are only guidelines and clinical judgement should always be used in their interpretation.

Some airlines require medical certificates confirming that a patient is currently stable and fit to fly. Most have medical advisors who provide advice and 'clear' passengers as fit to fly.They may ask for a medical information form (MEDIF). The  Medical Association's advises doctors 'to word statements on a person's fitness to fly carefully, indicating the information on which the advice is based, rather than positively certifying a person's fitness'. For example:
This ensures that the doctor is not guaranteeing in any way that this patient can travel without any problem but rather saying that, on the available evidence, there is nothing to indicate a greater risk for this person than for others. However, the doctor is partly dependent on what the patient chooses to disclose to them about past health problems.

The main factors to take into account are whether air travel could adversely affect a pre-existing medical condition and whether or not a patient's condition could adversely affect the comfort and safety of the other passengers, or the operation of the flight. Regardless of a doctor's opinion on this latter question, the ultimate sanction to refuse travel lies with the airline and captain of the flight. If they consider there is a risk to the aircraft or its passengers, they may refuse to carry a particular passenger. 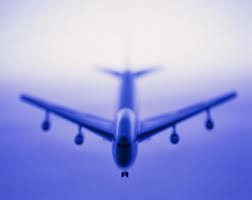 Modern aircraft are not pressurised to sea level equivalent. Cabin altitude equivalent is usually between 5,000 and 8,000 feet which means that there is a reduction in barometric pressure and a reduction in the partial pressure of alveolar oxygen (PaO2). Sometimes during flight, although not usually for long periods, oxygen saturation levels can fall to around 90%. A healthy individual can usually tolerate this with no problems but it may not be the same for someone with cardiac or respiratory conditions or with anaemia.

Aircraft cabins also have low humidity levels which can cause dryness of mucous membranes and also the skin. Reduced cabin pressure can also cause gas volume expansion. This can be a problem if there has been recent surgery that has introduced gas into the abdominal cavity or the eye. Gas can also expand if it has been trapped in the ear.
Basic considerations

Basic considerations when assessing a patient's fitness-to-fly include:

Cardiovascular contra-indications to commercial airline flight include:
The decrease in oxygen saturated during air travel may affect those with cardiovascular disease. Indications for in-flight oxygen in cardiovascular disease include:
It is unusual for patients to be allowed to take their own oxygen supply and oxygen is usually arranged by the airline who must be aware in advance. A fee is usually charged. This may change in the future and there are ongoing discussions regarding this.

Patients with pacemakers and implantable cardioverter defibrillators can fly once medically stable.

It is wise for anyone undertaking a long-haul flight to take sensible precautions, such as to:
Advice about any more specific DVT prophylaxis should be based on relevant risk stratification and clinical judgement.

Respiratory disease
It is unusual for patients to be allowed to take their own oxygen supply and oxygen is usually arranged by the airline who must be aware in advance. 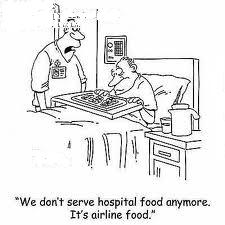