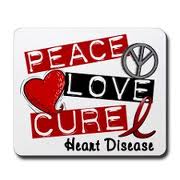 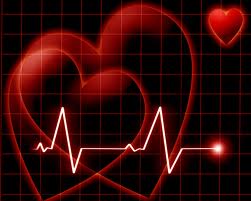 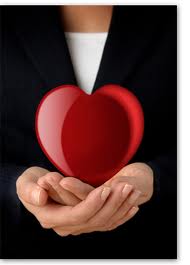 Since sex drive and intimacy are a delicate interplay of mind and body, it's easy to understand why anxiety can affect both after a woman suffers a heart attack.

It's common to wonder when normal daily activities, including sexual intercourse, can be resumed after the trauma of a myocardial infarction, or heart attack, which strikes more than 365,000 women each year. More than 74,000 women die, while approximately another 100,000 women undergo coronary bypass surgery, a procedure done to alleviate blocked arteries and prevent new or subsequent heart attacks.

But just as most other activities can be resumed shortly after these cardiac events, so can intimacy -- without the fear that engaging in sex will cause another heart attack. Among both men and women, less than 1% of heart attacks and 5% of angina attacks -- chest pain due to blockage of the coronary arteries -- occur during sexual activity.

Pre-menopausal heart attack patients who take birth control pills, however, will likely be advised by their doctors to switch their form of contraception. Birth control pills can raise cardiovascular risk, particularly in women over 35 who smoke, and they are believed to double the risk of heart attack or stroke. Once a woman has suffered a heart attack, her doctor will want to minimize every possible risk factor to avoid a second attack.

Fertility also affects risk. Before menopause, which occurs at an average age of 51, women suffer a small proportion of heart attacks compared to men because of the heart-protecting effects of the hormone estrogen. By age 65, however, a woman's chances of having a heart attack equal a man's. Another factor that potentially increases the risk of female cardiac problems is exposure to toxins during chemotherapy treatment for breast cancer, diagnosed in 240,000 women each year.

And while erectile dysfunction can be an early symptom of heart disease in men, sexual dysfunction in women is not clearly linked to cardiovascular problems.

The first step toward reclaiming your sex life is getting the OK from your doctor. Some doctors require patients to pass a heart stress test, a timed period of exercise on a treadmill or stationary bicycle, before giving the go-ahead. Sexual intercourse, despite many myths, requires a moderate level of exertion similar to a brisk walk, carrying 20 pounds of groceries a short distance or a round of golf.

Most heart attack patients quickly work to that level within a matter of weeks, especially if they're participating in a cardiac rehabilitation program.

Thousands of heart patients and stroke survivors have learned that having heart disease, a stroke or surgery doesn't mean a satisfying sex life must end. After the first phase of recovery is over, patients find that the same forms of lovemaking that they enjoyed before are still rewarding.

Many myths surround sex after heart disease and stroke. The most common one is that resuming sex often causes a heart attack, stroke or sudden death. This just isn't true. There's no reason why heart patients or stroke survivors can't resume usual sexual activity as soon as they feel ready for it. Talk with your doctor if you have any concerns.

Fears about performance and general depression can greatly reduce sexual interest and capacity. After recovery, heart patients and stroke survivors may feel depressed. This depression is normal, and in 85 percent of the cases it goes away within three months. It does tend to magnify any prior sexual problems between partners.

You and your mate or partner can prepare for sex in several ways. First, you can maintain and improve your physical conditions and personal hygiene. Second, you can be more tolerant of your emotions. Temporary mood swings are common.


You can probably start having sex again in 3 to 4 weeks after your heart attack. As with other types of activity, you may need to start out slowly and work your way back into your normal patterns.

Don't be afraid of sex because of your heart attack. Try different positions if one position seems to make you uncomfortable. Let your partner be on top to reduce the amount of energy you use during sex. Talk with your doctor if you or your partner have any concerns.
What are some general guidelines for couples resuming sex?
What are some guidelines for stroke survivors resuming sex? 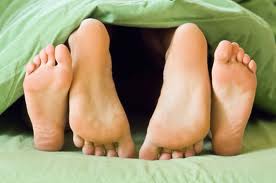 Twice per week can reduce heart disease in men

Two sex sessions in a week can reduce risk of heart disease in men, says a new research.
The study showed that men who indulged in regular lovemaking were up to 45% less likely to develop life-threatening heart conditions than those who had sex once a month or less.
In the research of over 1,000 men, scientists found that sex apparently has a protective effect on the male heart but they did not examine whether women benefit too.
Thus, American researchers who carried out the investigation are now calling for doctors to screen men for sexual activity when assessing their risk of heart disease.
Despite sex being considered good for physical and mental health, not much has been scientifically proven about the benefits of frequent intercourse on major illnesses such as heart disease.
In the latest study, scientists at the New England Research Institute in Massachusetts, tracked the sexual activity of men aged between 40 and 70 who were taking part in a long-term project called the Massachusetts Male Ageing Study, which began back in 1987.
Over a 16-year period, each man was regularly quizzed on how often they had sex and then checked for signs of heart disease. Researchers took into account other risk factors, such as their age, weight, blood pressure and cholesterol levels.
The results showed men who made love at least twice a week were much less likely to have heart disease than those whose sexual encounters were limited to once a month or less.
Analysing the findings, scientists said the benefits of sex could be due to both the physical and emotional effects on the body.
Men with the desire for frequent sexual activity and who are able to engage in it are likely to be healthier, but sex in some forms has a physical activity component that might directly serve to protect cardiovascular health.
Also, men who have frequent sex might be more likely to be in a supportive intimate relationship and this might improve health through stress reduction and social support.
by Dr.Uday D.Nair