Prasugrel, a new thienopyridine is superior to clopidogrel at reducing rates of ischemic events after percutaneous coronary intervention in patients with acute coronary syndromes — but at a cost of increased bleeding events.

Although prasugrel is similar to clopidogrel, it is about 10 times more potent and has a quicker onset of action.

Prasugrel appears to be a promising treatment option for patients with acute coronary syndromes who are undergoing percutaneous coronary interventions. 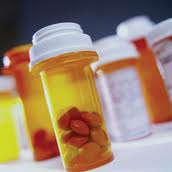 The burden of atherosclerotic disease in the United States,India and across the world is vast. Although the symptoms of atherosclerosis may manifest in several different ways, the most urgent and life-threatening are acute coronary syndromes. The use of percutaneous coronary intervention (PCI) has evolved to be the optimal treatment for many patients experiencing acute coronary syndromes, both as an elective and an emergency option. A PCI procedure provides better safety and efficacy than thrombolysis and obviates cardiac bypass surgery in some populations.Although bare-metal and drug-eluting stents used during PCI provide rapid revascularization, short-term and long-term dual anti-platelet therapy with aspirin and a thienopyridine is required to help ensure that the stents remain patent and free from thrombosis.
For many years, the combination of the thienopyridine ticlopidine and aspirin has been known to effectively lower the risk of stent thrombosis and carries a lower risk of bleeding compared with other strategies, such as the use of anticoagulants.Although ticlopidine has been shown to be effective in treating patients with acute coronary syndromes who have received a coronary artery stent, it was subsequently replaced with a newer thienopyridine, clopidogrel. Clopidogrel appears to have lower rates of major adverse cardiac events and mortality compared with ticlopidine, with a better safety-tolerability profile, most notably a lower risk of neutropenia.Clopidogrel has since remained the recommended thienopyridine by the American College of Cardiology– American Heart Association guidelines.
Unfortunately, there are limitations associated with clopidogrel use, including potential drug-drug interactions, slow onset of action, irreversibility of platelet inhibition, and wide variability of patient response, including no response. It would be desirable to have a thienopyridine that lacked significant drug-drug interactions but also provided a quick onset of action, a consistent patient response, and minimal risk of bleeding. Prasugrel is a new thienopyridine antiplatelet agent approved by the United States Food and Drug Administration (FDA) on July 10, 2009, for the treatment of patients with acute coronary syndromes who are undergoing PCI.. 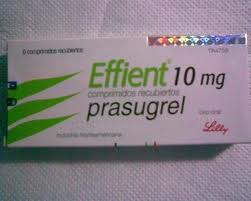 Prasugrel plus aspirin may be a sensible choice for coronary syndrome patients who are undergoing PCI, have no risk factors for bleeding, and get to the hospital early enough for doctors to determine whether they might need bypass surgery instead.


In contrast, patients with a history of strokes or transient ischemic attacks should avoid prasugrel. (Studies so far have not linked clopidogrel, at least at the approved dose, with increased risks for those patients.) People age 75 or older should probably stick with clopidogrel in most cases, particularly since prasugrel is not recommended for use among this population. For patients who weigh less than about 130 pounds, the package insert says that doctors could consider halving the maintenance dose of prasugrel; although, there is no direct evidence that this smaller dose is actually safer or as effective.
People with active bleeding should avoid both drugs. Those who need bypass surgery should not take prasugrel or, if they've already started, should stop taking it at least a week before their operation. (Clopidogrel should generally be stopped five to seven days before surgery.)
Individualizing the choice. 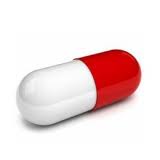 Despite those general guidelines, doctors should choose the drug regimen based on each patient's particular risk of hemorrhages and blood clots. An increased hemorrhage risk from prasugrel seems to make clopidogrel more desirable, while the high risk of clotting favors prasugrel or the doubled dose of clopidogrel.
Some factors that may increase the likelihood or consequences of bleeding, in addition to those listed above, include a history of excessive bleeding (for example, from dental procedures or other minor trauma), stomach ulcers, colon abnormalities, anemia, severe liver disease, and the use of other blood thinners, including nonsteroidal anti-inflammatory drugs such as aspirin, ibuprofen (Advil, Motrin and generics), and naproxen (Aleve and generics).
Factors that may make clots more likely include previous clotting problems, heart disease, diabetes, small blood vessels, and the placement of multiple stents, the tiny metallic mesh tubes that prop open PCI-treated vessels.
In general, Consumer Reports medical consultants recommend against using prasugrel for unapproved uses, such as for the prevention of a second heart attack. But they say that off-label use of the drug might be considered for patients who experience a serious blood clot, heart attack, or stroke despite taking clopidogrel. That would be particularly reasonable if doctors can test for platelet responsiveness to clopidogrel. 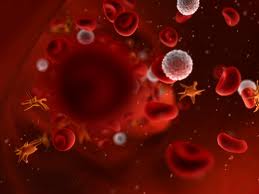 Cochin Cardiac Club likes to add that Prasugrel might act like a  magic bullet but medicine doesn’t quite work that way.The new data fall in the tolerable range, provided doctors are willing to apply their own judgment to the pros and cons of prasugrel in individual patients. 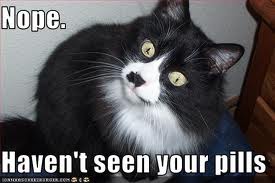 However they 'll be able to create some professional review skills by in the knowledge that important facts about such diagnosis. Virtually any substance abuse healthcare practitioner is your other half in helping cost you or a meaningful loved one from their substance habit.
My web page ... dual diagnosis treatment