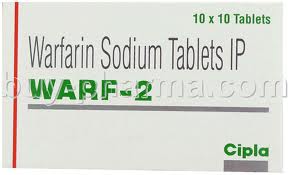 Warfarin (Coumadin) is an anticoagulant medication that is used to prevent thrombosis (clots) and embolism in many disorders.Warfarin activity has to be monitored by frequent blood testing for the International Normalized Ratio (INR).Warfarin is a synthetic derivative of coumarin, a chemical found naturally in many plants -- it decreases blood coagulation by interfering with vitamin K metabolism.


Warfarin is prescribed to people with an increased tendency for thrombosis or as prophylaxis in those individuals who have already formed a blood clot (thrombus) which required treatment. This can help prevent formation of future blood clots and help reduce the risk of embolism (migration of a thrombus to a spot where it blocks blood supply to a vital organ). Common clinical indications for warfarin use are atrial fibrillation, artificial heart valves, deep venous thrombosis and pulmonary embolism.

Dosing of warfarin is complicated by the fact that it is known to interact with many commonly used medications and other chemicals that may be present in appreciable quantities in food. These interactions may enhance or reduce warfarin's anticoagulation effect. Many commonly used antibiotics, such as metronidazole or the macrolides, will greatly increase the effect of warfarin by reducing the metabolism of warfarin in the body. Other broad-spectrum antibiotics can reduce the amount of the normal bacterial flora in the bowel, which make significant quantities of Vitamin K, thus potentiating the effect of warfarin. In addition, food that contains large quantities of Vitamin K will reduce the warfarin effect; and medical conditions such as hypo- or hyperthyroidism will alter the rate of breakdown of the clotting factors.

Therefore, in order to optimise the therapeutic effect without risking dangerous side effects, such as bleeding, close monitoring of the degree of anticoagulation is required by blood testing (INR) . Initially, checking may be as often as twice a week; the intervals can be lengthened if the patient manages stable therapeutic INR levels on an unchanged warfarin dose.

When initiating warfarin therapy ("warfarinisation"), the doctor will decide how strong the anticoagulant therapy needs to be. The target INR level will vary from case to case dependent upon the clinical indicators, but tends to be 2-3 in most conditions. 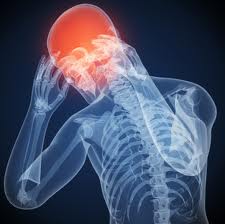 The only common side-effect of warfarin is hemorrhage (bleeding). The risk of severe bleeding is small but definite (1-2% annually) and any benefit needs to outweigh this risk when warfarin is considered as a therapeutic measure. Risk of bleeding is augmented if the INR is out of range (due to accidental or deliberate overdose or due to interactions), and may cause hemoptysis (coughing up blood), excessive bruising, bleeding from nose or gums, or blood in urine or stool.

A feared (but rare) complication of warfarin is warfarin necrosis, which occurs more frequently shortly after commencing treatment in patients with a deficiency of protein C. Protein C is an innate anticoagulant that, like the procoagulant factors that warfarin inhibits, requires vitamin K-dependent carboxylation for its activity. Since warfarin initially decreases protein C levels faster than the coagulation factors, it can paradoxically increase the blood's tendency to coagulate when treatment is first begun (many patients when starting on warfarin are given heparin in parallel to combat this), leading to massive thrombosis with skin necrosis and gangrene of limbs. Its natural counterpart, purpura fulminans, occurs in children who are homozygous for protein C mutations.

Another rare complication that may occur early during warfarin treatment (usually within 3 to 8 weeks) is purple toe syndrome. This condition is thought to result from small deposits of cholesterol breaking loose and flowing into the blood vessels in the skin of the feet, which causes a blueish purple color and may be painful. It is typically thought to affect the big toe, but it affects other parts of the feet as well, including the bottom of the foot (plantar surface). The occurrence of purple toe syndrome may require discontinuation of warfarin.


Warfarin can harm an unborn baby or cause birth defects. Do not use warfarin if you are pregnant or may become pregnant. Never take a double dose of this medication or take it together with other products that contain warfarin or coumarin. You should not take warfarin if you have a bleeding or blood cell disorder, blood in your urine or stools, an infection of the lining of your heart, stomach bleeding, bleeding in the brain, recent or upcoming surgery, or if you need a spinal tap or spinal anesthesia (epidural).


Warfarin may cause you to bleed more easily, especially if you have: a history of bleeding problems, high blood pressure or severe heart disease, kidney disease, cancer, surgery or a medical emergency, a disease affecting the blood vessels in your brain, a history of stomach or intestinal bleeding, if you are 65 or older, or if you are severely ill or debilitated.

Many drugs (including some over-the-counter medicines and herbal products) can cause serious medical problems or death if you take them with warfarin. It is very important to tell your doctor about all medicines you have recently used. Ask your doctor before taking any medicine for pain, arthritis, fever, or swelling. These medicines may affect blood clotting and may also increase your risk of stomach bleeding.

Any doctor, dentist, surgeon, or other medical care provider who treats you should know that you are taking warfarin. Avoid making any changes in your diet without first talking to your doctor.


Although rare, warfarin can also cause skin tissue death (necrosis) and gangrene requiring amputation. This complication most often happens three to eight days after you start taking warfarin. If you notice any sores, changes in skin color or temperature, or severe pain on your skin, notify your doctor immediately.


Less serious warfarin side effects to tell your doctor about


How should I take warfarin? 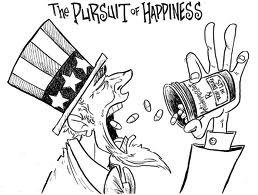 Take warfarin exactly as prescribed by your doctor. Do not take in larger or smaller amounts or for longer than recommended. Follow the directions on your prescription label. Never take a double dose of this medication or take it together with other products that contain warfarin or coumarin.

Your doctor may occasionally change your dose to make sure you get the best results.

Take warfarin at the same time every day. Warfarin can be taken with or without food.
Avoid dieting to lose weight while taking warfarin. Tell your doctor if your body weight changes for any reason.

Call your doctor if you have any illness with diarrhea, fever, chills, body aches, or flu symptoms.

While taking warfarin, your blood will need to be tested often. Visit your doctor regularly.

Any doctor, dentist, surgeon, or other medical care provider who treats you should know that you are taking warfarin. You may need to stop taking the medicine for a short time if you need antibiotics, surgery, dental work, a spinal tap, or spinal anesthesia (epidural).

Drugs that interact with Warfarin 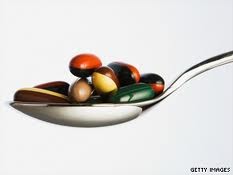 Warfarin, like any other medication, can interact with drugs, vitamins or herbal supplements. Be ready to provide your doctor with a complete list of everything you're taking.

There is no specific warfarin (Coumadin) diet. However, certain foods and beverages can make it so warfarin doesn't effectively prevent blood clots. It's important to pay attention to what you eat while taking warfarin.

One nutrient that can lessen warfarin's effectiveness is vitamin K. It's important to be consistent in how much vitamin K you get daily. The average daily allowance of vitamin K for adult men is 120 micrograms (mcg). For adult women, it's 90 mcg. While eating small amounts of foods that are rich in vitamin K shouldn't cause a problem, avoid eating or drinking large amounts of:
Certain drinks can increase the effect of warfarin, leading to bleeding problems. Avoid or drink only small amounts of these drinks when taking warfarin:
Talk to your doctor before making any major changes in your diet and before starting any over-the-counter medications, vitamins or herbal supplements. If you are unable to eat for several days or have ongoing stomach upset, diarrhea or fever, consult your doctor. These signs and symptoms may mean you need a different dose of warfarin. 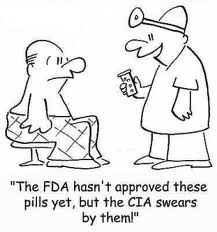