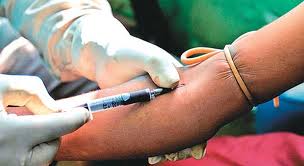 What is Nucleic Acid Testing (NAT)?

Nucleic Acid Testing (NAT) is the newest technology available to increase the safety of the blood supply. It utilizes the ability of laboratories to isolate and detect genetic material from deadly viruses such as Human Immunodeficiency Virus (HIV), Hepatitis C Virus (HCV), and West Nile Virus (WNV).
The NAT is a direct test where it actually detects the viral nucleic acid (RNA/DNA).Being a direct test it reduces the window of detection for the three viruses HIV 1, HBV and HCV, from the current available serological (ELISA) tests. NAT combines the advantages of direct detection of the organism with sensitivity several orders of magnitude higher than that of traditional methods. The screening of blood for infectious markers (anti HIV 1 & 2, anti HCV and HBsAg) is done using Government approved test kits (Elisa or Rapid Kits).

Previous testing methods involved the detection of antibodies that the body produces in response to an infection. The main problem with these methods is that the body took a certain amount of time to produce detectable amounts of these antibodies. This period of time, from the time someone is infected, to the time that they have produced enough antibodies for the laboratory to detect, is called the “seroconversion window”or the “window period”. In some cases, such as with the HCV, this “window period” could be on the average of 70 days!
In addition to the “window period”, antibody testing had a very high rate of false-positives. To err on the side of safety, screening tests for HIV, HCV, Hepatitis B Virus (HBV) and Human T-Lymphotrophic Virus (HTLV) were designed to detect as many positive donors as possible, including those with very low levels of antibodies. Unfortunately, perfectly healthy donors sometimes tested positive for these tests as test manufacturers sacrificed test specificity to gain test sensitivity. 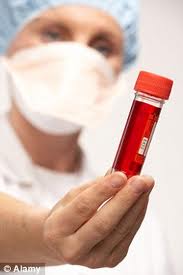 Performing NAT along with serological testing can reduce this residual risk to a great extent because it involves highly specific detection of an infectious agent with much higher sensitivity.


Nucleic acid testing (NAT) for HIV, HBV and HCV shortens the time between infection and detection by available testing. A group of experts was selected to develop recommendations for the use of NAT in the HIV/HBV/HCV screening of potential organ donors. The rapid turnaround times needed for donor testing and the risk of death while awaiting transplantation make organ donor screening different from screening blood-or tissue donors. In donors with no identified risk factors, there is insufficient evidence to recommend routine NAT, as the benefits of NAT may not outweigh the disadvantages of NAT especially when false-positive results can lead to loss of donor organs. For donors with identified behavioral risk factors, NAT should be considered to reduce the risk of transmission and increase organ utilization. Informed consent balancing the risks of donor-derived infection against the risk of remaining on the waiting list should be obtained at the time of candidate listing and again at the time of organ offer. In conclusion, there is insufficient evidence to recommend universal prospective screening of organ donors for HIV, HCV and HBV using current NAT platforms. Further study of viral screening modalities may reduce disease transmission risk without excessive donor loss.


Unfortunately, there is no test available that can detect viruses immediately after someone has been infected, but NAT has dramatically closed that window.

As newer technologies become available, you can be assured that The Blood Banks like IMA will be at the forefront, increasing the safety of the blood it supplies to the hospitals it serves.