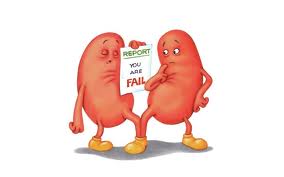 Kidney or renal failure is a condition where the kidneys lose their normal functionality, which may be due to various factors including infections, auto immune diseases, diabetes and other endocrine disorders, cancer, and toxic chemicals. It is characterised by the reduction in the excretory and regulatory functions of the kidney. It usually occurs at the terminal stages of the disease processes. Once renal failure occurs, it requires immediate management and even then prognosis is often not good unless transplantation is done. 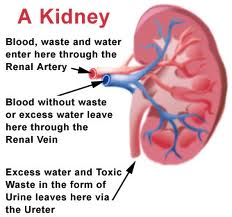 There are two main types of renal failure: 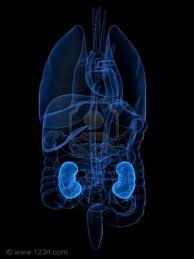 This is characterised by sudden impairment of renal function marked by rapid, and steadily increasing azotemia (accumulation in the blood of toxic products normally excreted by the kidneys) with or without oliguria (decreased urine output). 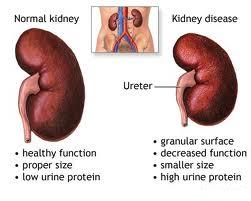 
This is characterised by a slow, insidious, and irreversible impairment of renal excretory and regulatory function.

What are the symptoms?


Here the symptoms are largely those of the condition causing the kidney failure, such as:

The damage to the kidneys is usually 'silent' and not noticed at an early stage. It may be discovered incidentally from blood or urine tests done for other reasons. High blood pressure very commonly occurs with it. Symptoms are uncommon unless kidney failure is far advanced, when any of the following may be present:


In acute renal failure, the diagnosis is aimed at classifying of the condition as prerenal, renal, or postrenal. Urine examination is done to determine the presence of protein, sugar, casts and crystals, its pH and specific gravity and the quantity of sodium. This gives an idea as to the cause of the failure.

Blood tests include tests of renal function like Blood Urea Nitrogen, Serum Creatinine, and Serum Electrolytes. The Creatinine Clearance is also an important index of renal function. Blood counts, haemoglobin levels and haematocrit values are also useful. An Ultrasound Abdomen or a CT-Scan needs to be taken to assess kidney size with grossly shrunken kidneys indicating a more advanced disease. Stones and other obstructive disorders can also be picked up by ultrasound.

In ARF, general treatment measures include avoiding drugs that require renal excretion, balancing fluid intake with output, high carbohydrate and low-protein diet, essential amino acid replacement and at least 100gms of glucose per day, decreased intake of salt and potassium, vitamin supplements, prevention of injury or infection, weight management, electrolytes monitoring, and monitoring of vital signs, cardiac status, and mental status. Peritoneal or haemodialysis is the treatment of choice when other measures fail. Drugs are used to reduce the blood pressure, diuretics (drugs that increase urine output) are used in some cases to increase blood flow unless oliguria is present. Antibiotics may be needed to treat associated infections (predominantly only antibiotics excreted by the liver are used if there is no liver disease).
In CRF, general treatment measures include a diet low in sodium, potassium, and phosphate, but high in calories and supplemented with essential amino acids. Other measures include balanced fluid intake, and monitoring weight changes, vital signs, electrolyte balance, and cardiac and mental status. 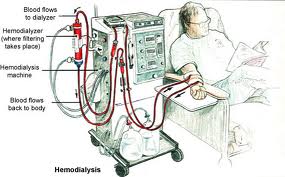 Peritoneal dialysis or haemodialysis is often required for end-stage disease. 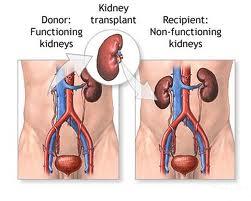 Kidney transplantation is the solution for several patients as dialysis is often a measure that cannot be indefinitely done. The results of transplantation are now extremely good with substantial five-year survival rates.


What are the possible complications of renal failure?


There are many complications associated with renal failure, especially over the long-term. Some of the more common problems are heart failure, anemia, high blood pressure, electrolyte imbalances, hemorrhage, bone fractures and lowered immune response.