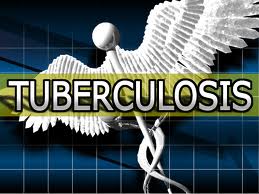 Tuberculosis (TB), a multisystemic disease with myriad presentations and manifestations, is the most common cause of infectious disease–related mortality worldwide. Although TB rates are decreasing, the disease is becoming more common in many parts of the world. In addition, the prevalence of drug-resistant TB is increasing worldwide.

Tuberculosis (TB) is caused by a type of bacterium called mycobacterium tuberculosis.
TB is spread when a person with an active TB infection in their lungs coughs or sneezes and someone else inhales the expelled droplets containing TB bacteria.
However, although it is spread in a similar way to cold or flu, TB is not as contagious. You would usually have to spend prolonged periods in close contact with an infected person to catch the infection yourself.
For example, TB infections usually spread between family members who live in the same house. It would be highly unlikely to become infected by sitting next to an infected person on a bus or train.
Not everyone with TB is infectious. Generally, children with TB or people with TB that occurs outside the lungs (extrapulmonary TB) do not spread the infection.

Your immune system will usually be able to defeat the bacteria that cause TB. However, in some cases the bacteria infect the body but don't cause any symptoms (latent TB) or the infection will begin to cause symptoms within weeks or months (active TB).
About 10% of people with latent TB develop active TB years after the initial infection. This usually happens when the immune system is weakened, for example during chemotherapy.

Anyone can catch TB, but people particularly at risk include:
Other things that can increase your risk of developing an active TB infection include:

Signs and Symptoms of TB 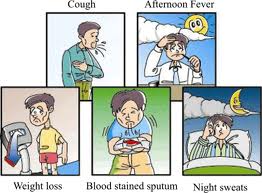 People with a latent TB infection don’t have any symptoms, don’t feel sick and cannot infect others. They do, however, test positive to the Mantoux Skin Test. Treating latent TB is important since it can get activated, especially if the immune system is weakened for any reason, including nutritional deficiencies or infection with HIV.
In the case of an active infection, signs and symptoms vary according to the organ that is affected.
In case the lungs are affected, the symptoms are:
Back pain may be caused by tuberculosis of the spine, and blood in the urine may be caused by tuberculosis in your kidneys.
TB in the brain can cause headaches, a stiff neck, confusion, vomiting, an altered mental state, seizures and other signs and symptoms related to the nerves.
In general, a person with active TB in any organ may have these signs and symptoms:
Diagnosis 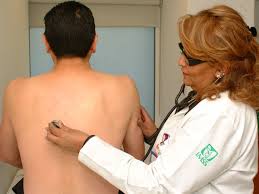 Tuberculosis is diagnosed by finding Mycobacterium tuberculosis bacteria in a clinical specimen taken from the patient. While other investigations may strongly suggest tuberculosis as the diagnosis, they cannot confirm it.
A complete medical evaluation for tuberculosis (TB) must include a medical history, a physical examination, a chest X-ray and microbiological examination (of sputum or some other appropriate sample). It may also include a tuberculin skin test, other scans and X-rays, surgical biopsy.

Medications are the cornerstone of tuberculosis treatment. But treating TB takes much longer than treating other types of bacterial infections. With tuberculosis, you must take antibiotics for at least six to nine months. The exact drugs and length of treatment depend on your age, overall health, possible drug resistance, the form of TB (latent or active) and the infection's location in the body.
A recent study suggests that a shorter term of treatment — three months instead of nine — with combined medication may be effective in keeping latent TB from becoming active TB. With the shorter course of treatment, people are more likely to take all their medication and the risk of side effects is lessened. More study is needed.
Most common TB drugs
If you have latent tuberculosis, you may need to take just one type of TB drug. Active tuberculosis, particularly if it's a drug-resistant strain, will require several drugs at once. The most common medications used to treat tuberculosis include:
There's some evidence that taking vitamin D during tuberculosis treatment enhances some of the effects of the drugs. More study is needed.
Medication side effects
Side effects of TB drugs aren't common but can be serious when they do occur. All tuberculosis medications can be highly toxic to your liver. When taking these medications, call your doctor immediately if you experience any of the following:
Completing treatment is essential
After a few weeks, you won't be contagious, and you may start to feel better. It might be tempting to stop taking your TB drugs. But it is crucial that you finish the full course of therapy and take the medications exactly as prescribed by your doctor. Stopping treatment too soon or skipping doses can allow the bacteria that are still alive to become resistant to those drugs, leading to TB that is much more dangerous and difficult to treat.
To help people stick with their treatment, a program called directly observed therapy (DOT) is sometimes recommended. In this approach, a health care worker administers your medication so that you don't have to remember to take it on your own.
Prevention 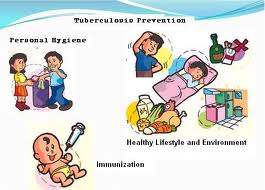 Tuberculosis is a preventable and a curable disease if detected and treated early.Some measures of prevention are suggested for those living or travelling to areas and countries that have a high prevalence of the infection.

Prevention of transmission of infection

Those with pulmonary tuberculosis are contagious up to about two to three weeks once their treatment is begun. Earlier these patients were isolated. These days isolation is not practiced but some precautions are important to prevent spread. These include:- 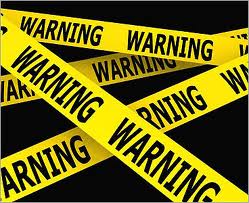 Early detection and treatment of TB is hugely important to stop the spread of this highly contagious disease.Make sure you know the symptoms and risks, so if TB finds a way into your home or workplace, you know what to do.About 1 in 10 latent cases, which present no symptoms, develop into full-blown TB. Knowing who is at risk can be almost as important as knowing what to look for.
If your workplace or environment puts you into one of these high-risk groups, a TB test can be a smart way to prevent developing the disease.
If you, or someone you know, does develop symptoms, it’s important to know what to look for. Most, but not all, infections are located mostly in the lungs, and lead to chestpain,difficulty breathing, and most noticeably, prolonged coughing (often with blood).  Those with TB may also experience flu-like symptoms, including chills, aches, fatigue, weight loss, and pallor.
Drug-resistance is rapidly becoming a challenge in the treatment of TB, so quelling outbreaks early is extremely important. Early detection is one of the best steps toward stopping the spread of this preventable disease. Know what to look for and educate those around you, so everyone can breath easy. 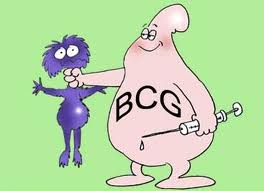