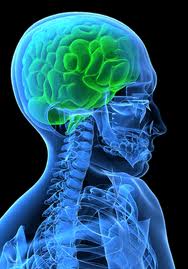 A transient ischemic attack (TIA) is an episode in which a person has stroke -like symptoms for up to 1-2 hours.
A TIA is often considered a warning sign that a true stroke may happen in the future if something is not done to prevent it.

A transient ischemic attack (TIA) is caused by temporary disturbance of blood supply to an area of the brain, which results in a sudden, brief decrease in brain function. (A decrease in brain function is called a neurologic deficit.)
A TIA is different than a stroke. Unlike from a stroke, a TIA does not cause brain tissue to die. The symptoms of TIAs do not last as long as a stroke and do not show changes on CT or MRI scans. (Strokes usually show changes on such tests.)
The temporary loss of blood flow to the brain can be caused by:
For instance, the temporary disruption in blood flow could be due to a blood clot that occurs and then dissolves. The blockage breaks up quickly and dissolves.
Less common causes of TIA include:
Atherosclerosis ("hardening of the arteries") is a condition where fatty deposits occur on the inner lining of the arteries. This condition dramatically increases the risk for both TIAs and stroke. Approximately 80-90% of people who have a stroke due to atherosclerosis had a TIA episode before.
Other risks for TIA include high blood pressure, heart disease, migraine headaches, smoking, diabetes, and increasing age. 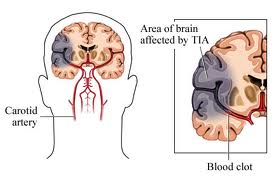 Symptoms begin suddenly, last only a short time (from a few minutes to 1 to 2 hours), and disappear completely. They may occur again at a later time. Symptoms usually occur on the same side of the body if more than one body part is involved.
A TIA is different than a stroke. However, the symptoms of TIA are the same as a stroke and include the sudden development of:

TIAs do not show brain changes on CT or MRI scans. (Most strokes do show changes on such tests.) Because symptoms and signs may have completely disappeared by the time one gets to the hospital, a diagnosis of a TIA may be made on a person's medical history alone.
A physical examination should include a neurological exam, which may be abnormal during an episode but normal after the episode has passed.
Blood pressure may be high. The doctor will use a stethoscope to listen to your heart and arteries. An abnormal sound called a bruit may be heard when listening to the carotid artery in the neck or other artery. A bruit is caused by irregular blood flow. In some cases, low blood pressure may be seen before symptoms of a TIA occur.
Tests will be done to rule out a stroke or other disorders that may cause the symptoms.
Additional tests and procedures may include:
Your doctor may use these tests to check high blood pressure, heart disease, diabetes, high cholesterol, and peripheral vascular disease.

The goal is to prevent a stroke from occurring.
If you have had a TIA within the last 48 hours, you will likely be admitted to the hospital so that doctors can determine the cause and treatment.
Underlying disorders such as high blood pressure, heart disease, diabetes, and blood disorders, should be treated appropriately.
Blood thinners, such as aspirin, may be prescribed to reduce blood clotting. Others include dipyridamole, clopidogrel, Aggrenox or heparin, Coumadin, or other similar medications. Treatment may be continued for an indefinite time period.
Surgery (carotid endarterectomy) may be appropriate for some people who have clogged neck arteries.
Smoking should be stopped.
Your doctor may recommend a low-fat and low-salt diet. Other dietary changes may be recommended.

TIAs do not cause lasting damage to the brain,
However, they are a warning sign that a true stroke may happen in the future. Over 10% of people who have TIA will have a stroke within 3 months. Half of these strokes happen during the 48 hours after TIA. The stroke may occur that same day or at a later time. Some people have only a single episode and some have recurrent episodes.
Your chances of a future stroke can be reduced by close follow-up with your health care provider to manage risk factors.

Complications of TIA include:

Prevention of TIA includes controlling the risk factors such as high blood pressure, diabetes, heart disease, and other associated disorders. Smoking should be stopped.

TIA is a medical emergency. Call  local emergency number immediately. Do not ignore symptoms just because they go away. They may be a warning of a future stroke.With the inability to predict the future, there is no way of knowing whether the symptoms will resolve. If the symptoms persist and a stroke situation exists, there is a narrow window of time to intervene and potentially use TPA (a clot-busting drug) to restore blood supply to the brain and reverse the neurologic deficits. Depending on the hospital and its capabilities, there may be only three to four and a half hours from the onset of symptoms in which to administer the drugs. In that time, the patient needs to be examined, blood tests need to be drawn, a CT scan of the head needs to be performed to insure that a hemorrhagic stroke (bleeding into the brain) is not the cause, and a neurologist needs to be contacted.
If Emergency response is not activated and the symptoms resolve so that the patient, family, or friends suspect that a TIA has occurred, there is still a need to seek care urgently. It may be reasonable to contact the family doctor to help coordinate the evaluation. 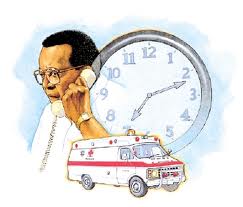