The brain consists of millions of nerve cells, or neurones, and their supporting structure. Each neurone maintains itself in an electrically charged state. It receives electrical signals from other neurones, and passes them on to others. What actually happens is that a tiny quantity of a special neurotransmitter substance is released from the terminals of one neurone. This chemical excites an electrical response in the nuerone next in the chain, and so the signal moves onward.

All the functions of the brain, including feeling, seeing, thinking and moving muscles depend on electrical signals being passed from one neurone to the next, the message being modified as required. The normal brain is constantly generating electrical rhythms in an orderly way. 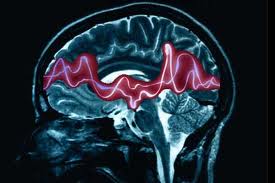 
In epilepsy this order is disrupted by some neurone discharging signals inappropriately. There may be a kind of brief electrical "storm" arising from nuerones that are inherently unstable because of a genetic defect (as in the various types of inherited epilepsy), or from neurones made unstable by metabolic abnormalities such as low blood glucose, or alcohol. Alternatively, the abnormal discharge may come from a localised area of the brain (this is the situation in patients with epilepsy caused by head injury, or brain tumour).A seizure is not a disease in itself but it is a symptom of neurological conditions such as epilepsy.

A seizure may vary from staring at something for a few seconds to serious convulsions. These are caused by a sudden surge of an electrical activity in a particular area of the brain or the whole brain.

It does not mean that if a person has had a single seizure, he is sure to get epilepsy. Sometimes, children who have high fever can also suffer with a seizure. Sometimes one may also get a seizure caused by an imbalance of body fluids or chemicals, or also by drug or alcohol withdrawal.

A person who has missed his/her medication, or has been unable to sleep well for long, or has been severely ill with high fever or even without it can get a seizure. People, who are under a severe psychological stress, drink excessive alcohol, or even take to drugs such as ecstasy are prone to get a seizure. Seizures can also be provoked by nutritional deficiencies in people or during a menstrual cycle.

A doctor may be able to predict whether you will have more seizures by a test called as an EEG, electroencephalogram, in which wires are attached to your scalp to record your brain waves. Some patterns that appear on the test are very typical to epileptic conditions. If such patterns appear on your test, you are more likely to develop epilepsy.

People who are otherwise healthy but suffer with epilepsy live as long as any normal person does. However, if epilepsy is caused by strokes or a brain tumor, the life expectancy of such people is less than an average person.

However, certain type of long-lasting convulsive seizure called as tonic-clonic status epilepticus is a life-threatening condition and is a medical emergency, which may last for more than 30 minutes. However, if not controlled within that time frame, it may cause a permanent injury or even death.

If not stopped within about 30 minutes, it may cause permanent injury or death.

Accidents during a seizure can become dangerous. People who suffer with epilepsy must be careful of going to the water as drowning is common. Showers must be preferred as tubs may also be dangerous. Safety on roads, railway platforms and busy streets must be doubly-assured.

There are many different types of epilepsy, partially in infancy, childhood and adolescence. Epilepsy can be regarded in terms of--
Sometimes brain damage is caused by a complicated birth and a hard blow to the head; a stroke that hampers oxygen to the brain, or the infection of brain like meningitis 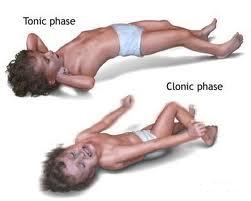 Because epilepsy is caused by abnormal activity in brain cells, seizures can affect any process your brain coordinates. A seizure can produce:
Symptoms vary depending on the type of seizure. In most cases, a person with epilepsy will tend to have the same type of seizure each time, so the symptoms will be similar from episode to episode.
Doctors generally classify seizures as either focal or generalized, based on how the abnormal brain activity begins.

When seizures appear to result from abnormal activity in just one part of the brain, they're called focal or partial seizures. These seizures fall into two categories.
Generalized seizures

The Causes of Epilepsy

An inherited instability in the functioning of neurones seems to be responsible for the common forms of generalised epilepsy, especially absence attacks, and tonic-clonic seizures where there is a family history of similar disorder. How this genetic defect operates has yet to be established - perhaps the abnormality lies in the structure of the neurone's outer membrane, leading to electrical instability.
Injury to the brain may certainly cause epilepsy. This includes deprivation of oxygen at birth, trauma to the head at any time of life, and stroke (injury to part of the brain caused by blockage or haemorrhage of one of its blood vessels).
Metabolic disturbance can produce generalised seizures through disturbing the normal functioning of neurones. This may occur when there is severe lowering of blood glucose levels, and when there is severe malfunctioning of the liver or kidneys.
Alcohol and drug abuse may cause seizures during intoxication, or when the offending substance is being withdrawn. Withdrawal of certain medications, such as barbiturates and other sedatives, can cause epileptic seizures in those who have taken them for long periods.
Brain tumour is, fortunately, a relatively uncommon cause of epilepsy, but it must be excluded in all patients who develop epilepsy for the first time during adult life. Tumour should also be excluded in children and adolescents in whom the appearances of the EEG test are not typical of genetic epilepsy, or where these does not seem to be an adequate alternative explanation (such as birth injury).

Epilepsy is essentially a clinical diagnosis i.e. from history and physical examination. Detailed account of the attack from patient and the eyewitness is more important than the results of all the investigations as regards confirmation of the diagnosis. It often gives clues to the basic cause as well. Thus every effort must be made to obtain this.

Investigations are done to confirm the diagnosis and determine the cause. Depending on the age of the onset of the first seizures and associated symptoms and signs, the doctor decides the number and priority of the investigations. They include:
Diagnosing a case of epilepsy

A patient’s detailed medical history is of utmost importance in diagnosing epilepsy. Many times family members who witness the seizure activity might be asked to keep a record of the time of the seizures, how long each seizure lasts, any aggravating factors like emotional stress, certain foods, smells or sounds etc.. This information can be crucial in the diagnosis of the type of epilepsy.

Usually, a neurologist would look into a case of epilepsy, although general physicians can also treat a person with seizures. The laboratory that would be required for epilepsy are: 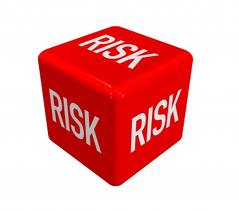 There are some people who are prone to get epilepsy especially if one has a family history of seizures.

Here are the following people who could be at an increased risk of getting a seizure disorder or may suffer with epilepsy.


Most people lead an active and a healthy life even while suffering with epilepsy. However, their life could be at great risk.

Status Epilepticus: This is a serious condition in which a person may either have an abnormally prolonged seizure or may be slightly unconscious even in between a seizure. This could be life threatening and for all safety measures, any seizure that lasts more than five minutes must be brought to the doctors notice.

Such people do not necessarily get long convulsive seizures or severe symptoms but may experience several small episodes.

Sudden Unexplained Death: People who suffer with epilepsy may die suddenly without any reason. Although researchers are still unsure as to what causes the death, experts suggest that an increased dose of drugs or taking more than one or two types of anti-convulsant drugs at a time may cause the death.

Other risks: Head injury is common in people suffering with a seizure. People may also drown if a seizure occurs in water. Even minimal water in a bath tub can cause a person to drown. Drugs or pills taken to control epilepsy may cause drowsiness and may also cause accidents while driving and so on. Pregnant ladies are at risk along with their babies during an epilepsy attack. And epilepsy medications do not ease the problem. In fact they may cause birth defects.

How can epilepsy be treated? 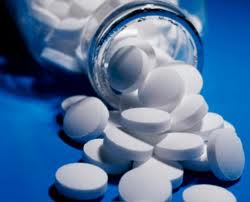 There are different ways of treating epilepsy. Doctors who treat epilepsy come from different backgrounds of medicine. Doctors who specialize on treating epilepsy are called epileptologists.
Once epilepsy is diagnosed it is important to treat it as soon as possible. According to reports medications and other treatments to treat epilepsy may not be successful once the seizures and their consequences become conventional.
People with can use antiepileptic drugs to avoid and cure seizures. Children with medication-controlled epilepsy can lead a seizure free life by discontinuing medications.
It’s a difficult task to find the right dosage and medication for treating epilepsy. Initially you will be prescribed a low dose, which may be increased if the seizures still remain uncontrolled.
The side-effects caused by anti-seizure medications are:

Consult your doctor before changing your medications and taking up prescription medicines or over-the-counter drugs.
You may be suggested other treatment options such as surgery, vagus nerve stimulation or a ketogenic diet. New medications such as Tegretol and Epilim are known to suppress epilepsy in most patients without any serious side-effects. 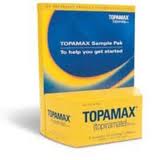 Emergency measures for a seizure case
If you see a person having an epileptic seizure, please do not turn away and do try and help him/her… The following measures are to be employed in case you see a person suffering from a seizure.

To aid someone having a seizure, take these steps: 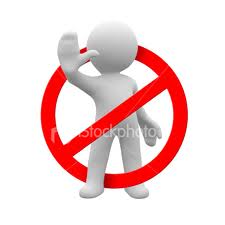