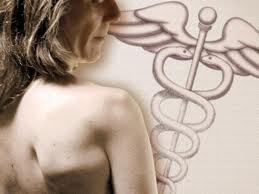 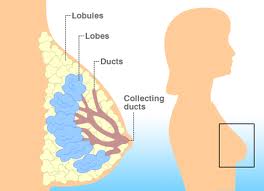 Inside a woman's breast are 15 to 20 sections called lobes. Each lobe is made of many smaller sections called lobules. Lobules have groups of tiny glands that can make milk. After a baby is born, a woman's breast milk flows from the lobules through thin tubes called ducts to the nipple. Fat and fibrous tissue fill the spaces between the lobules and ducts.
The breasts also contain lymph vessels. These vessels are connected to small, round masses of tissue called lymph nodes. Groups of lymph nodes are near the breast in the underarm (axilla), above the collarbone, and in the chest behind the breastbone

Cancer begins in cells, the building blocks that make up tissues. Tissues make up the breasts and other parts of the body.
Normal cells grow and divide to form new cells as the body needs them. When normal cells grow old or get damaged, they die, and new cells take their place.
Sometimes, this process goes wrong. New cells form when the body doesn't need them, and old or damaged cells don't die as they should. The buildup of extra cells often forms a mass of tissue called a lump, growth, or tumor.
Tumors in the breast can be benign (not cancer) or malignant (cancer). Benign tumors are not as harmful as malignant tumors:

Benign tumors:
Malignant tumors:
Breast cancer cells can spread by breaking away from the original tumor. They enter blood vessels or lymph vessels, which branch into all the tissues of the body. The cancer cells may be found in lymph nodes near the breast. The cancer cells may attach to other tissues and grow to form new tumors that may damage those tissues.
The spread of cancer is called metastasis. 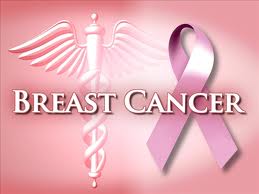 Over the course of a lifetime, 1 in 8 women will be diagnosed with breast cancer.
Risk factors you cannot change include:
Other risk factors include:
Breast implants, using antiperspirants, and wearing underwire bras do not raise your risk for breast cancer. There is no evidence of a direct link between breast cancer and pesticides.

Early breast cancer usually does not cause symptoms. This is why regular breast exams are important. As the cancer grows, symptoms may include:
﻿
﻿ Men can get breast cancer, too. Symptoms include breast lump and breast pain and tenderness.
Symptoms of advanced breast cancer may include:
Weight loss

The doctor will ask you about your symptoms and risk factors. Then the doctor will perform a physical exam, which includes both breasts, armpits, and the neck and chest area.
Tests used to diagnose and monitor patients with breast cancer may include:
If your doctor learns that you do have breast cancer, more tests will be done to see if the cancer has spread. This is called staging. Staging helps guide future treatment and follow-up and gives you some idea of what to expect in the future.
Breast cancer stages range from 0 to IV. The higher the staging number, the more advanced the cancer. 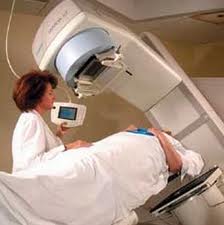 Treatment is based on many factors, including:
In general, cancer treatments may include:
Hormonal therapy is prescribed to women with ER-positive breast cancer to block certain hormones that fuel cancer growth.
Targeted therapy, also called biologic therapy, is a newer type of cancer treatment. This therapy uses special anticancer drugs that target certain changes in a cell that can lead to cancer. One such drug is trastuzumab (Herceptin). It may be used for women with HER2-positive breast cancer.
Cancer treatment may be local or systemic.
Most women receive a combination of treatments. For women with stage I, II, or III breast cancer, the main goal is to treat the cancer and prevent it from returning (curing). For women with stage IV cancer, the goal is to improve symptoms and help them live longer. In most cases, stage IV breast cancer cannot be cured.
After treatment, some women will continue to take medications such as tamoxifen for a period of time. All women will continue to have blood tests, mammograms, and other tests after treatment.
Women who have had a mastectomy may have reconstructive breast surgery, either at the same time as the mastectomy or later. 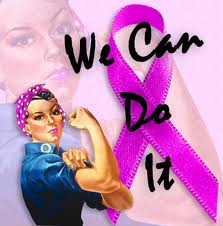 New, improved treatments are helping persons with breast cancer live longer than ever before. However, even with treatment, breast cancer can spread to other parts of the body. Sometimes, cancer returns even after the entire tumor is removed and nearby lymph nodes are found to be cancer-free.
How well you do after being treated for breast cancer depends on many things. The more advanced your cancer, the poorer the outcome. Other factors used to determine the risk for recurrence and the likelihood of successful treatment include:
After considering all of the above, your doctor can discuss your risk of having a recurrence of breast cancer. 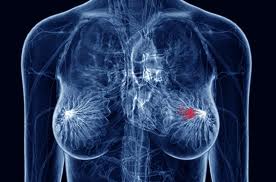 You may experience side effects or complications from cancer treatment. For example, radiation therapy may cause temporary swelling of the breast (lymphedema), and aches and pains around the area.
Lymphedema may start 6 to 8 weeks after surgery or after radiation treatment for cancer.
It can also start very slowly after your cancer treatment is over. You may not notice symptoms until 18 to 24 months after treatment. Sometimes it can take years to develop.
Ask your doctor about the side effects you may have during treatment.

Tamoxifen is approved for breast cancer prevention in women aged 35 and older who are at high risk. Discuss this with your doctor.
Women at very high risk for breast cancer may consider preventive (prophylactic) mastectomy. This is the surgical removal of the breasts before breast cancer is ever diagnosed. Possible candidates include:
Your doctor may do a total mastectomy to reduce your risk of breast cancer. This may reduce, but does not eliminate the risk of breast cancer.
Many risk factors, such as your genes and family history, cannot be controlled. However, eating a healthy diet and making a few lifestyle changes may reduce your overall chance of getting cancer.
There is still little agreement about whether lifestyle changes can prevent breast cancer. The best advice is to eat a well-balanced diet and avoid focusing on one "cancer-fighting" food. The dietary guidelines for cancer prevention  we recommend that people:
Regular Self Examination a must for prevention 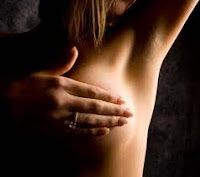 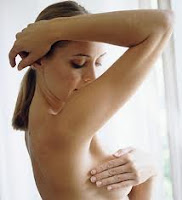 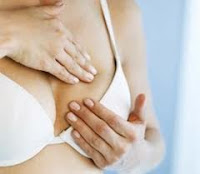 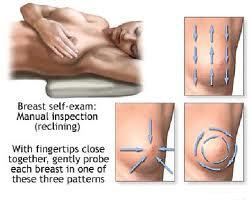 Contact your doctor for an appointment if:
Also call your doctor if you develop symptoms after being treated for breast cancer, such as: 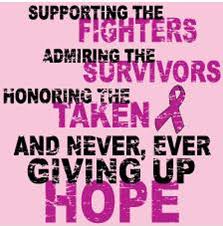 Good way of explaining, and pleasant paragraph to get information concerning
my presentation subject, which i am going to present in institution
of higher education.
Feel free to surf my site ; progesterone cream