Sleepwalking is a disorder that occurs when a person walks or does another activity while they are still asleep.

The normal sleep cycle has distinct stages, from light drowsiness to deep sleep. During rapid eye movement (REM) sleep, the eyes move quickly and vivid dreaming is most common.

Each night people go through several cycles of non-REM and REM sleep. There are five stages of sleep. Stages 1, 2, 3 and 4 are characterized as non-rapid eye movement (NREM) sleep. REM (rapid eye movement) sleep is the sleep cycle associated with dreaming as well as surges of important hormones essential for proper growth and metabolism. Each sleep cycle (stages 1,2,3,4 and REM) last about 90-100 minutes and repeats throughout the night. The average person experiences four to five complete sleep cycles per night. Sleepwalking most often occurs during deep, non-REM sleep (stage 3 or stage 4 sleep) early in the night. If it occurs during REM sleep, it is part of REM behavior disorder and tends to happen near morning.

When people sleepwalk, they may sit up and look as though they are awake when they are actually asleep. They may get up and walk around, or do complex activities such as moving furniture, going to the bathroom, and dressing or undressing. Some people even drive a car while they are asleep.
The episode can be very brief (a few seconds or minutes) or it can last for 30 minutes or longer. If they are not disturbed, sleepwalkers will go back to sleep. However, they may fall asleep in a different or even unusual place.
Symptoms of sleepwalking include: 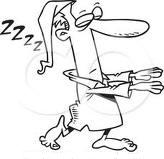 Usually, people do not need further examinations and testing. If the sleepwalking occurs often, the doctor may do an exam or tests to rule out other disorders (such as partial complex seizures).
If you have a history of emotional problems, you also may need to have a psychological evaluation to look for causes such as excessive anxiety or stress.

Some people mistakenly believe that a sleepwalker should not be awakened. It is not dangerous to awaken a sleepwalker, although it is common for the person to be confused or disoriented for a short time when they wake up.
Another misconception is that a person cannot be injured while sleepwalking. Sleepwalkers are commonly injured when they trip and lose their balance.

A person who has a sleepwalking disorder can take the following measures: 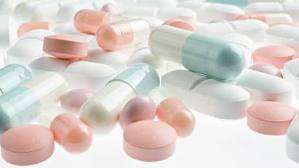 Benzodiazepines, such as estazolam (ProSom), or tricyclic antidepressants, such as trazodone (Desyrel), have been shown to be useful. Clonazepam (Klonopin) in low doses before bedtime and continued for three to six weeks is usually effective.
Medication can often be discontinued after three to five weeks without recurrence of symptoms. Occasionally, the frequency of episodes increases briefly after discontinuing the medication. 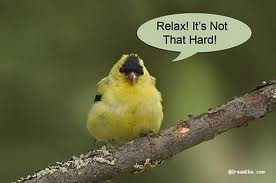 Sleepwalking usually decreases as children get older. It usually does not indicate a serious disorder, although it can be a symptom of other disorders.
It is unusual for sleepwalkers to perform activities that are dangerous. However, you may need to take care to prevent injuries such as falling down stairs or climbing out of a window.

The main complication is getting injured while sleepwalking. 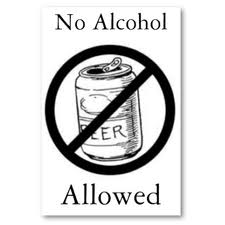 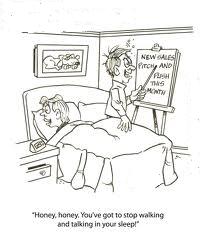