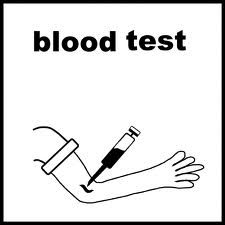 How is it used?

The BUN test is primarily used, along with the creatinine test, to evaluate kidney function in a wide range of circumstances, to help diagnose kidney disease, and to monitor patients with acute or chronic kidney dysfunction or failure. It also may be used to evaluate a person’s general health status when ordered as part of a basic metabolic panel (BMP) or comprehensive metabolic panel (CMP).

When is it ordered?

BUN is part of both the BMP and CMP, groups of tests that are widely used:
BUN is often ordered with creatinine when kidney problems are suspected. Some signs and symptoms of kidney dysfunction include:
BUN also may be ordered: 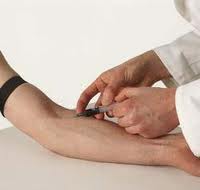 What does the test result mean?

Increased BUN levels suggest impaired kidney function. This may be due to acute or chronic kidney disease, damage, or failure. It may also be due to a condition that results in decreased blood flow to the kidneys, such as congestive heart failure, shock, stress, recent heart attack, or severe burns, to conditions that cause obstruction of urine flow, or to dehydration. BUN concentrations may be elevated when there is excessive protein breakdown (catabolism), significantly increased protein in the diet, or gastrointestinal bleeding (because of the proteins present in the blood).
Low BUN levels are not common and are not usually a cause for concern. They may be seen in severe liver disease, malnutrition, and sometimes when a patient is overhydrated (too much fluid volume), but the BUN test is not usually used to diagnose or monitor these conditions.
Both decreased and increased BUN concentrations may be seen during a normal pregnancy.
If one kidney is fully functional, BUN concentrations may be normal even when significant dysfunction is present in the other kidney. 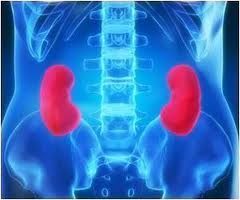 Creatinine is a chemical waste molecule that is generated from muscle metabolism. Creatinine is produced from creatine, a molecule of major importance for energy production in muscles. Approximately 2% of the body's creatine is converted to creatinine every day. Creatinine is transported through the bloodstream to the kidneys. The kidneys filter out most of the creatinine and dispose of it in the urine.
Because the muscle mass in the body is relatively constant from day to day, the creatinine level in the blood normally remains essentially unchanged on a daily basis.


Why is it important to check blood creatinine levels?

What are "normal" blood creatinine levels?

Normal levels of creatinine in the blood are approximately 0.6 to 1.2 milligrams (mg) per deciliter (dl) in adult males and 0.5 to 1.1 milligrams per deciliter in adult females. (In the metric system, a milligram is a unit of weight equal to one-thousandth of a gram, and a deciliter is a unit of volume equal to one-tenth of a liter.)
Muscular young or middle-aged adults may have more creatinine in their blood than the norm for the general population. Elderly persons, on the other hand, may have less creatinine in their blood than the norm. Infants have normal levels of about 0.2 or more, depending on their muscle development. In people with malnutrition, severe weight loss, and long standing illnesses the muscle mass tends to diminish over time and, therefore, their creatinine level may be lower than expected for their age.
A person with only one kidney may have a normal level of about 1.8 or 1.9. Creatinine levels that reach 2.0 or more in babies and 10.0 or more in adults may indicate severe kidney impairment and the need for a dialysis machine to remove wastes from the blood.

What are the reasons for elevated blood creatinine?

Any condition that impairs the function of the kidneys will probably raise the creatinine level in the blood. It is important to recognize whether the process leading to kidney dysfunction (kidney failure, azotemia) is longstanding or recent.
The most common causes of longstanding kidney disease in adults are high blood pressure and diabetes mellitus. Certain drugs can sometimes cause abnormally elevated creatinine levels. Serum creatinine can also transiently rise after ingestion of large amount of dietary meat.

Are there any symptoms associated with elevated blood creatinine levels?

The symptoms of kidney dysfunction (renal insufficiency) vary widely. Some people may have a incidental finding of severe kidney disease and elevated creatinine on routine blood work without having any symptoms at all. In others, depending on the cause of problem, many different symptoms may be present including: 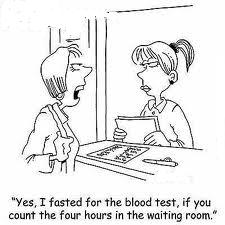