Clopidogrel bisulfate is a medication that is used to prevent harmful blood clots from forming in people who have had a recent heart attack, stroke, or severe chest pain requiring hospitalization.
It is used under the trade name-Plavix,Deplat,Plagerine,e.t.c.


What Is Clopidogrel Used For?

As mentioned, clopidogrel is licensed to prevent blood clots from forming after a heart attack, stroke, or chest pain that requires hospitalization. Also, the medication may be used to prevent clots in people with poor circulation, such as those who have peripheral artery disease (PAD). Preventing blood clots from forming and blocking blood vessels helps reduce the risk of having another related heart attack or stroke.


How Does It Work?

Clopidogrel affects platelets (a type of blood cell), which clump together to form clots and stop bleeding in the event of a cut or injury.

It is part of a class of drugs called antiplatelet medications (or blood thinners). Antiplatelet medications help prevent platelets from sticking together and forming a potentially harmful clot. This helps your blood flow more easily. Clots that form in blood vessels can block the blood flow to important organs, such as the heart or brain, and may lead to heart attacks and strokes. As a result, clopidogrel reduces the risk of having a future event, while also improving blood circulation in people with peripheral vascular disease.


When and How Do I Take It? 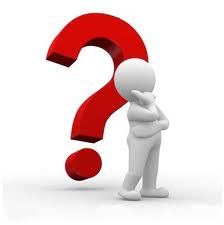 Clopidogrel comes in tablet form. It should be taken by mouth once a day. You can take this medication with or without food.Normally this tablet should not taken on an empty stomach.
For clopidogrel to work properly, you have to take it as prescribed. The medication will not work if you stop taking it.

The dose of clopidogrel your doctor recommends will vary, depending on a number of factors, including:
As is always the case, do not adjust your dose unless your doctor specifically tells you to do so.

Side Effects of Clopidogrel

As with any medicine, side effects are possible with clopidogrel. However, not everyone who takes the drug will experience side effects. If people do develop side effects, they are usually minor, meaning they require no treatment or are easily treated by you or your healthcare provider.
Common side effects include but are not limited to:
Because clopidogrel can increase the risk for major or life-threatening bleeding, contact your doctor immediately if you notice that it takes longer for bleeding to stop, you have any unusual bleeding, or have any of the following symptoms:


Precautions and Warnings for Clopidogrel: What Should I Tell My doctor? You should talk with your doctor prior to taking

clopidogrel bisulfate (Plavix,Plagerine,Deplat) if you have:
Also, let your doctor know if you:
If after starting clopidogrel, you feel that it takes longer than normal for you to stop bleeding, even after a minor cut, you should contact your doctor.
Also, inform your doctor about all the medicines you take, including prescription and non-prescription medicines, vitamins, and herbal supplements. 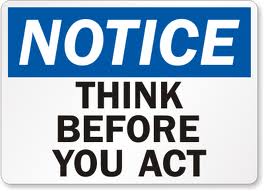