Acid reflux is a condition where gastric juices containing acid travel back from the stomach into the esophagus (gullet or swallowing tube).Some people experience this problem regularly and have a condition called gastroesophageal reflux disease or GERD.

People who suffer from GERD or gastroesophageal reflux disease are in plenty around the country.It is known asheartburn and is very common. When the lower oesophageal sphincter (LES) does not close up correctly,gastro esophageal reflux disease occurs and stomach bile and acid come back, or reflux, in the oesophagus which causes much irritation and heartburn. It is a chronic disease which once affected last life long.
Many of these people do not see stomach acid reflux as a serious problem but if you don’t take care of your acid reflux symptoms now it can turn into something more serious. You can do damage to your esophagus that you can’t repair which can lead to other health issues. That is why early intervention to find successful acid reflux treatment is important. Also there are measures an individual can take to prevent acid reflux. 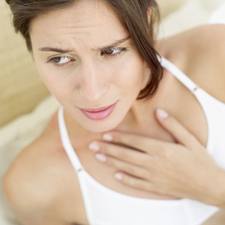 You may not need any tests if your symptoms are not severe.
If your symptoms are severe or they come back after you have been treated, one or more tests may help diagnose reflux or any complications:
A positive stool occult blood test may diagnose bleeding from the irritation in the esophagus.
Treatment 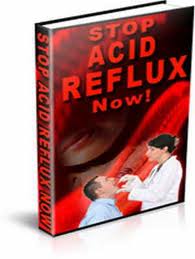 Medications commonly used in the treatment of acid reflux include:
Surgical Treatment 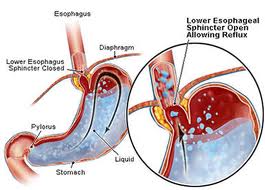 Foods to Avoid With Acid Reflux

There are many foods which are responsible for the acid reflux within. It is important for the person to know about which foods to avoid with acid reflux and what is the natural remedy for GERD (gastro-esophageal reflux disease).These include:
Besides knowing which foods to avoid with acid reflux, it is also good to have regular exercise as this helps to lose weight and have a better healthier life. Following things could help in avoiding an acid reflux attack:
Acid reflux is a result of excess acids in the stomach being thrown out into the esophagus. This action results in a lot of indigestion, heartburn and discomfort. The following tips could be a good and natural remedy for GERD: 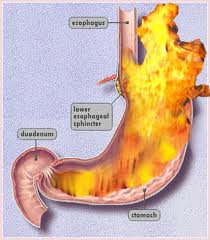 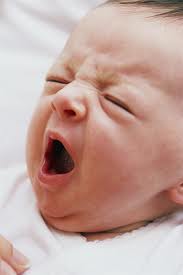 Distinguishing between normal, physiologic reflux and GERD in children is important. Most infants with GER are happy and healthy even if they frequently spit up or vomit, and babies usually outgrow GER by their first birthday. Reflux that continues past 1 year of age may be GERD. Studies show GERD is common and may be overlooked in infants and children. For example, GERD can present as repeated regurgitation, nausea, heartburn, coughing, laryngitis, or respiratory problems like wheezing, asthma, or pneumonia. Infants and young children may demonstrate irritability or arching of the back, often during or immediately after feedings. Infants with GERD may refuse to feed and experience poor growth.
If reflux-related symptoms occur regularly and cause the child discomfort simple strategies for avoiding reflux, such as burping the infant several times during feeding or keeping the infant in an upright position for 30 minutes after feeding can reduce the discomfort. If your child is older,then your child should eat small, frequent meals and avoid the following foods:
Avoiding food 2 to 3 hours before bed may also help.Raising the head of your child's bed with wood blocks secured under the bed posts can also reduce discomfort of the child. Just using extra pillows will not help. If these changes do not work, medicine's can be given to the child. In rare cases, a child may need surgery. 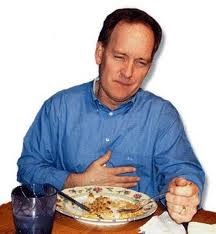 Call your doctor if symptoms worsen or do not improve with
lifestyle changes or medication.
Also call for any of the following symptoms:
Prevention 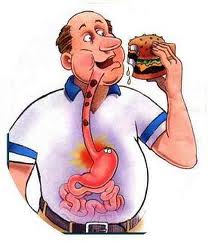 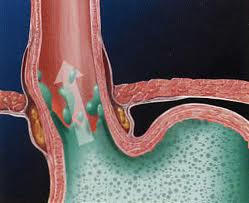