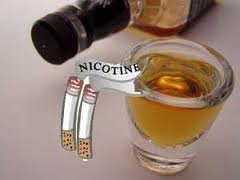 Alcohol consumption and tobacco use have been associated with a wide variety of cardiovascular diseases, although these associations include both detrimental and (at least for moderate drinking) some potentially beneficial effects. Alcohol intake of three or more drinks per day and cigarette smoking share similar, and probably additive, adverse effects on some forms of cardiovascular disease. Examples of these adverse effects include increases in blood pressure and levels of triglycerides in the blood and higher risks of stroke and congestive heart failure. On the other hand, there is relatively little evidence that the two act synergistically or that the effects are worse when smoking and drinking occur together than would be expected from their independent effects. In most cases, more moderate drinking does not share these risks and even has effects opposite those of cigarette smoking on HDL-C and blood clotting. Nonetheless, because alcohol and tobacco are used together and in excess so commonly, their joint effects are encountered widely throughout the population. Ongoing public health efforts to minimize tobacco use and harmful drinking should result in clear and important gains to the nation's cardiovascular well-being 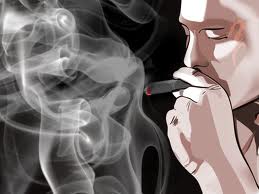 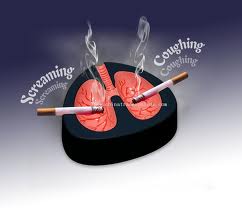 
Smoking not only harms you but also those around you. Adults who breathe in other people's smoke also have an increased risk of lung cancer and heart disease. Children who breathe in other people's smoke are more likely to develop lung diseases like asthma, bronchitis and pneumonia, and their physical growth and intellectual development can also be affected. 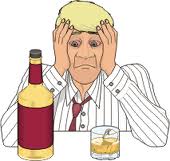 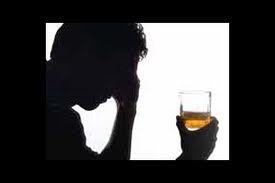 Alcohol and cardiovascular disease
Studies have found that there is a reduced risk of mortality from coronary heart disease in persons who drank 1 - 2 drinks per day.Studies in  randomized trials found that alcohol consumption in moderation decreases serum levels of fibrinogen, a protein that promotes clot formation and increases levels of tissue type plasminogen activator, an enzyme that helps dissolve clots.The serum levels of C-reactive protein (CRP), a marker of inflammation and predictor of CHD risk, are lower in people who drink moderately than those who abstain from alcohol suggesting that alcohol consumption in moderation might have anti-inflammatory effects. In addition to its psychotropic properties, alcohol has anticoagulation properties similar to warfarin. Additionally, thrombosis is lower among moderate drinkers than teetotalers.
Despite epidemiological evidence, some criticize the idea of recommending alcohol for health benefits. But recommending moderate alcohol consumption for health benefits is "ridiculous and dangerous".There have been no randomised controlled trials to demonstrate the cardio benefits of alcohol. Due to the risks of abuse, dependence, adverse effects, alcohol should never be recommended for cardio benefits as a substitute to well-proven measures, such as a good diet, exercise or pharmaceutical drugs. It has been argued that the health benefits from alcohol are at best debatable and may have been exaggerated by the alcohol industry. Alcohol should be regarded as a recreational drug with potentially serious adverse effects on health and should not be promoted for cardio-protection.

"Moderate alcohol consumption appears to decrease the risk of PAD in apparently healthy men."In this large population-based study, moderate alcohol consumption was inversely associated with peripheral arterial disease in women but not in men. Residual confounding by smoking may have influenced the results. Among nonsmokers an inverse association was found between alcohol consumption and peripheral arterial disease in both men and women."
Drinking in moderation has been found to help those who have suffered a heart attack survive it. However, excessive alcohol consumption leads to an increased risk of heart failure.A review of the literature found that half a drink of alcohol offered the best level of protection. However, they noted that at present there have been no randomised trials to confirm the evidence which suggests a protective role of low doses of alcohol against heart attacks.However, moderate alcohol consumption is associated with hypertension. There is an increased risk of hypertriglyceridemia, cardiomyopathy, hypertension, and stroke if 3 or more standard drinks of alcohol are taken per day 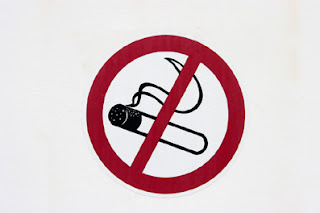 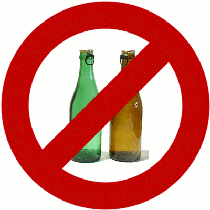 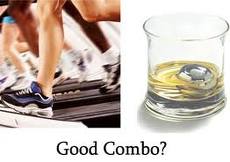 For those who have alcohol in moderate amounts,please do reduce your intake,exercise regularly and check your cholesterol(lipid profile)  blood and urine once in 6 months.
by Dr.Uday D.Nair