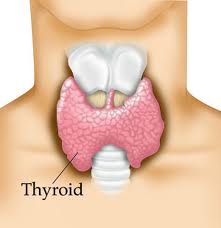 One of the most important glands in our body is the thyroid gland. It is shaped like a butterfly. The thyroid is one of the largest endocrine glands in the body. This gland is found in the neck, inferior to (below) the thyroid cartilage (also known as the Adam's apple) and at approximately the same level as the cricoid cartilage.It has two cone-like lobes or wings, lobus dexter (right lobe) and lobus sinister (left lobe), and the two lobes are connected together by the isthmus.
The gland is situated on the anterior side of the neck, lying against and around the larynx and trachea, reaching posteriorly over the oesophagus and carotid sheath. It starts cranially at the oblique line on the thyroid cartilage (just below the laryngeal prominence or Adam's apple) and extends inferiorly to the fifth or sixth tracheal ring. 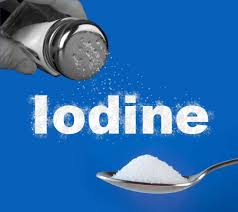 The thyroid gland produces two primary hormones - thyroxine (also referred to as T4) and tri-iodothyronine (also referred to as T3). The numbers 3 and 4 refer to the number of atoms of iodine in the hormones. Iodine is essential for the production of thyroid hormones and humans need about 150 mcg (millionths of a gram) each day. Iodine is found in most foods, especially seafood.  Iodised salt is the best way to supplement dietary iodine, but taking too much iodine canalso be a problem.

Of the two hormones produced, T3 is more active than T4, but is produced in much smaller quantities. T4 has a lesser effect, but most is converted to T3 by enzymes that remove one iodine atom. The greater the amount of T3 and T4 circulating in the blood, the faster the metabolism. Lower amounts of T3 and T4 result in a reduced metabolism. 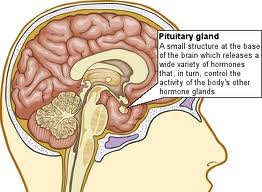 The thyroid gland is controlled by the pituitary, which is considered the ‘master gland’ of the endocrine system. The pituitary is located at the base of the brain. Its principal function is to monitor and regulate the activity of the other glands. The pituitary affects the thyroid gland by producing a hormone called thyroid-stimulating hormone (TSH), which prompts the thyroid to release more T4 and T3. If there is too much T4 circulating in the blood, the pituitary reduces the amount of TSH produced, which then causes thyroid activity to slow. If there is too little T4, the pituitary increases the amount of TSH. In this way, T4 and T3 levels in the blood are kept relatively constant. The pituitary gland, in turn, is overseen by a part of the brain called the hypothalamus. 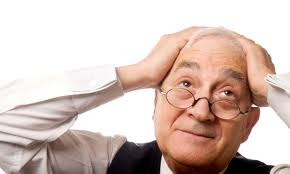 When the thyroid gland malfunctions, it either produces too much thyroid hormone leading to hyperthyroidism or too little thyroid hormone, leading to hypothyroidism.It can make you feel nervous or tired and you may experience muscular weakness. Sudden weight gain or loss, dry skin patches, memory loss, and irregularities in your menstrual flow are all part of a thyroid disorder. It can even cause miscarriage and infertility. Not just that, women are 4 times more prone to thyroid disorders than men.And while diagnosis of the condition is pretty straightforward once symptoms are linked to it, the problem is that some patients and doctors don’t first consider the thyroid as a possible cause of their symptoms.

Causes and of Thyroid problems.

Hypothyroidism poses a special danger to newborns and infants.

A lack of thyroid hormones in the system at an early age can lead to the development of cretinism (mental retardation) and dwarfism (stunted growth). Most infants now have their thyroid levels checked routinely soon after birth. If they are hypothyroid, treatment begins immediately. In infants, as in adults, hypothyroidism can be due to these causes:
A hypothyroid infant is unusually inactive and quiet, has a poor appetite, and sleeps for excessively long periods of time.

Cancer of the thyroid gland is quite rare and occurs in less than 10% of thyroid nodules. You might have one or more thyroid nodules for several years before they are determined to be cancerous.
People who have received radiation treatment to the head and neck earlier in life, possibly as a remedy foracne, tend to have a higher-than-normal risk of developing thyroid cancer


Symptoms and Complications of Thyroid Diseases 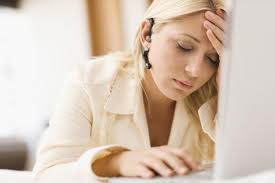 Symptoms of myxedema include:
Myxedema coma occurs in people with severe hypothyroidism who have been exposed to additional physical stresses such as infections, cold temperatures, trauma, or the use of sedatives. Symptoms include loss of consciousness, seizures, and slowed breathing.

Hyperthyroidism results in high levels of T4 and T3 circulating in the blood. These hormones speed up your metabolism.

Some of the most common symptoms include:
Graves' disease, in addition to the common symptoms of hyperthyroidism, may cause a bulge in the neck (goiter) at the location of the enlarged thyroid gland. It also might cause the eyes to bulge out, which may result in double vision. Sometimes, the skin over the shins becomes raised.

If hyperthyroidism is left untreated or is not treated properly, a life-threatening complication called thyroid storm (extreme overactivity of the thyroid gland) can occur.

Symptoms include:
Thyroid storm, considered a medical emergency, can also be triggered by trauma, infection, surgery, uncontrolled diabetes, pregnancy or labour, or taking too much thyroid medication. 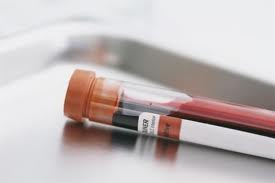 Thyroid disease can be difficult to diagnose because symptoms are easily confused with other conditions. Fortunately, there is a test, called the thyroid stimulating hormone (TSH) test, that can identify thyroid disorders even before the onset of symptoms.Screening for mild thyroid failure in women and men over age 35 is as cost-effective as screening for more common problems such as high cholesterol or high blood pressure.
When thyroid disease is caught early, treatment can control the disorder even before the onset of symptoms. 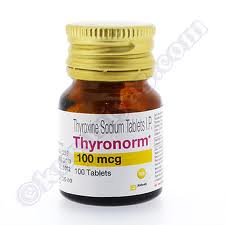 Hypothyroidism is treated by replacing the missing hormone, a hormone that is essential to the body’s key functions. This is accomplished by taking thyroid hormone replacement drugs prescribed by a physician.

Treatment of Hashimoto’s disease, the autoimmune condition that often results in hypothyroidism, is more controversial. Some practitioners believe that Hashimoto’s requires no treatment, and will only treat a patient with thyroid hormone replacement drugs when the Hashimoto’s has resulted in hypothyroidism that can be verified through laboratory testing.
Some practitioners believe that Hashimoto’s, which can be confirmed by testing for thyroid antibodies, warrants treatment in some patients. There is some evidence that treating Hashimoto’s disease with thyroid hormone replacement drugs before the thyroid stimulating hormone (TSH) level rises may alleviate some symptoms. Some research suggests that treating someone with Hashimoto’s but a normal TSH may help prevent elevation of the TSH level and progression to full hypothyroidism.
On the integrative medicine front, some holistic practitioners recommend iodine supplementation, other nutritional supplements, dietary changes, particular yoga poses, mind-body medicine, and other complementary approaches to help the thyroid.

Hyperthyroidism is treated by reducing the excess hormone levels, which is accomplished in several different ways:
Some controversial, cutting-edge therapies for treatment include block/replace therapy (BRT), and thyroid arterial embolization.
Generally, the approach used for treatment depends on the severity of the condition, whether or not the patient is a child or a pregnant woman, and in some cases, the preference or perspective of the treating physician.
Interest is also growing in thyroid arterial embolization, a new approach for Graves' disease treatment.
In some cases, key hyperthyroidism symptoms such as rapid heart rate or elevated blood pressure are also treated with drugs known as beta-blockers.
Most thyroid patients who receive RAI treatment or have surgery eventually end up hypothyroid, and are treated with thyroid hormone replacement drugs.
Some integrative practitioners recommend stress reduction programs, antithyroid dietary and nutritional changes, traditional Chinese medicine, and other holistic approaches to help an overactive thyroid.

Thyroid storm is a rare but potentially life-threatening complication of hyperthyroidism. When this condition is suspected, immediate treatment needs to be obtained at an emergency room.

Hashimoto’s thyroiditis is treated with thyroid hormone replacement drugs. For cases of thyroiditis that are painful, doctors typically recommend a pain-reliever with anti-inflammatory properties, such as aspirin, ibuprofen (Advil/Motrin), or naproxen (Aleve).
If the thyroiditis is especially acute, doctors occasionally recommend steroid drugs to reduce inflammation, along with thyroid hormone replacement drugs, to allow the thyroid to rest from its job of hormone production.
On the nutritional front, there is some evidence that supplementing with the mineral seleniummay help thyroiditis. 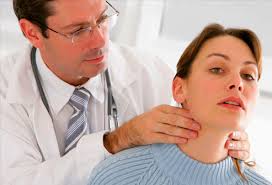 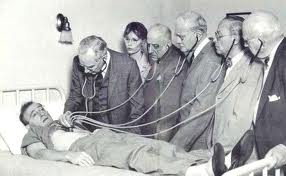