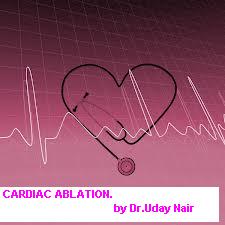 Cardiac ablation is a procedure that can correct heart rhythm problems (arrhythmias).
Cardiac ablation works by scarring or destroying tissue in your heart that triggers an abnormal heart rhythm. In some cases, ablation prevents abnormal electrical signals from traveling through your heart and thus stops the arrhythmia.
Ablation typically uses catheters — long, flexible tubes inserted through a vein in your groin and threaded to your heart — to correct structural problems in your heart that cause an arrhythmia.
Cardiac ablation is sometimes done through open-heart surgery, but it's often done using catheters, making the procedure less invasive and shortening recovery times. 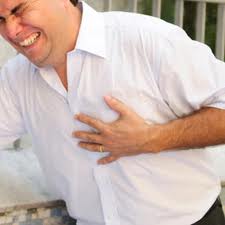 Common symptoms of heart rhythm problems may include: 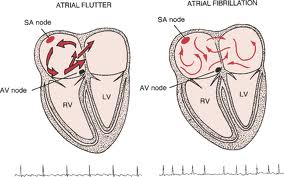 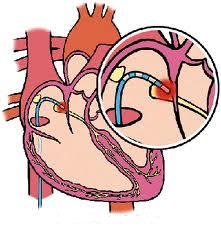 Although less common, surgical ablation may be combined with other open-heart surgeries, such as bypass surgery or heart valve repair or replacement.
Surgical ablation is performed under general anesthetic – in other words, you will be asleep throughout the procedure. To reduce the risk of vomiting while asleep, you will be asked not to eat or drink after midnight the night before surgery. If you smoke, you should stop at least two weeks before your surgery, as smoking can contribute to blood clotting and breathing problems.
There are two main types of surgical ablation. Some procedures require that the heart be stopped and the patient be put on a heart-lung machine (referred to as “on-pump” ablation). Others can be performed on a beating heart and do not require the use of a heart-lung machine (“off-pump” ablation). 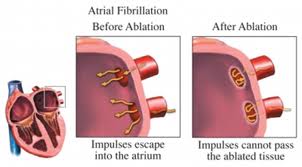 Catheter ablation is a non-surgical procedure that uses thin, flexible tubes called catheters to reach inside the heart. It does not require a general anesthetic or stopping the heart. This technique is used more commonly with newer technologies in large centres.
To perform the procedure, one or more catheters are inserted into the blood vessels and are threaded into the heart using a fluoroscope (a form of moving X-ray picture). Catheters referred to as diagnostic catheters will be used to study the abnormal heart rhythm and determine where the problem is located. Once the location of the abnormal heart tissue has been identified, a special ablation catheter will be positioned nearby. A tip on the ablation catheter will emit high-frequency electrical energy to destroy the abnormal tissue, resulting in a scar. The scar tissue is incapable of initiating the electrical signal causing the arrhythmia. In other words, it fixes the short-circuit. 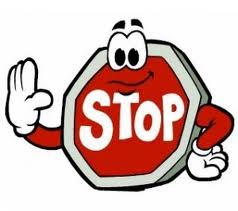 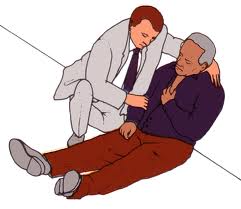 Catheter ablation is thought to be safe. It has some serious risks, but they are rare. They include:
You will have to decide whether the possible benefits of ablation outweigh these risks. Your doctor can help you decide. 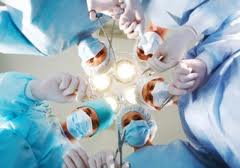 Catheter ablation alone doesn't always restore a normal heart rate and rhythm. You may need other treatments as well. Also, some people who have the procedure may need to have it done again. This can happen if the first procedure doesn't fully correct the problem. 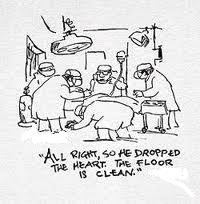