Patients presenting to the emergency department with chest discomfort will have an initial assessment for a possible heart attack (myocardial infarction). Electrocardiograms (ECGs or EKGs) are used in the evaluation of patients with chest discomfort but can be normal or not diagnostic in patients with a myocardial infarction. Thus, blood will be obtained to check for any heart damage that can be indicated by abnormal protein levels in the blood. The specific proteins that are the subjects of these blood tests include:


What is CK and CKMB?
Creatine kinase (CK) is an enzyme—a protein that helps cells perform their normal functions—found in the heart, brain, muscle and blood of healthy people. Blood levels of CK rise when your muscle or heart cells are injured. CKMB is a form of the enzyme that is found mainly in heart muscle. While a high level of total CK can indicate damage to muscle, a high CKMB level suggests that there is disease or damage to the heart muscle specifically.
CKMB levels begin to rise within the first 4 to 6 hours after heart attack symptoms begin and reach their highest level after about 18 to 24 hours. Levels return to normal in about 2 or 3 days.
What is myoglobin?
Myoglobin is a protein found in heart muscle and other muscles in the body. When the muscle is injured, myoglobin is released into the blood. Myoglobin levels rise about one to four hours after heart attack symptoms begin and reach their highest level eight to 12 hours later. Because myoglobin is released into the blood more rapidly than CKMB or troponin, it is useful for diagnosing a heart attack in the very early stages. Myoglobin levels fall off after about 24 hours.
What are troponins?
Troponins are proteins found in skeletal and heart muscle fibers that help muscles to contract. Cardiac troponin tests measure levels of troponin T and troponin I because these are found only in heart muscle. When a person has a heart attack, troponin is released into the blood three to six hours later. The cardiac troponin test is better for diagnosing a heart attack than the CK, CKMB, or myoglobin tests because troponins are not found in the blood of healthy people. Damage to other muscles does not affect levels of the cardiac troponins. Troponin levels rise three to six hours after heart attack symptoms begin and stay high for up to one to two weeks after a heart attack.
Tests for Heart Failure 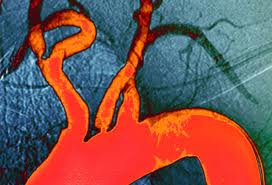 Approximately one-third of patients who present with heart attacks have normal cholesterol levels. Clearly, in such patients, other factors are responsible.
Attention has been focused on a blood test that measures the level of C-reactive protein (CRP). CRP is a marker for inflammation, and atherosclerosis has an inflammatory component. Patients with elevated levels of CRP have an increased risk for heart attack, stroke, sudden death, and vascular disease. Physicians are beginning to add the measurement of blood CRP levels to other measures of risk to recommend potential options to reduce risk.
What is CRP?
C-reactive protein (CRP) is a substance that is released into the blood in response to inflammation, the process by which the body responds to injury. Elevated levels of CRP in the blood mean that there is inflammation somewhere in the body, but other tests are needed to determine the cause and location of the inflammation.
Physicians now believe that atherosclerosis, or hardening of the arteries, is an inflammatory process. Atherosclerosis causes only a small amount of CRP to be released into the blood. Therefore, a very sensitive test called a high-sensitivity CRP test (hs-CRP) is used to measure CRP levels.
The level of CRP has been shown to correlate with future risk as follows:
What is homocysteine?

Homocysteine is a chemical found in the blood that is produced when the amino acid methionine (a building block for proteins) is broken down. High levels are linked to an increased risk of heart disease.Your doctor may check your homocysteine level if you've had cardiovascular problems but don't have any of the traditional risk factors, such as smoking. Your doctor may also suggest screening if any family members developed heart problems at a young age or have high homocysteine levels. A normal homocysteine level is between 4.4 and 10.8 micromoles per liter (µmol/L). 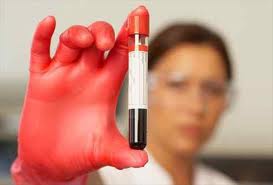