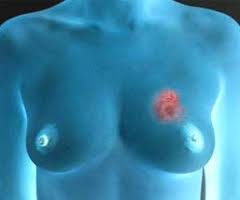 A woman can encounter a broad variety of problematic breast conditions. These include normal changes that occur during the menstrual cycle as well as several types of benign lumps. Most of the lumps are non cancerous, only few warrant a biopsy. These normal features can sometimes make the breasts feel lumpy, especially in women who are thin or who have small breasts.
Breast lumps 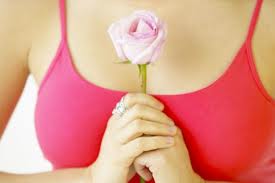 The menstrual cycle also brings changes in the breast tissues. Many women experience swelling, tenderness and pain before and sometimes during their periods. At the same time, in one or more lumps a feeling of increased lumpiness may develop. This is because of congestion in the breast tissue. These lumps normally go away as the menstruation ceases.

Benign breast conditions also include several types of distinct solitary lumps, which may appear at any time, large or small, soft or rubbery, fluid-filled cysts or solid mass.

Fibroadenomas are solid and round benign tumors that are made up of both structural and glandular tissues. So that named as “ Fibro adenoma”. Usually these lumps are painless, and a woman finds them by themselves. They are rubbery in consistency and can easily be moved around. Fibroadenomas are the most common type of tumors in women in their late teens and early twenties. Fibroadenomas have a typically benign appearance on mammography as smooth, round masses with a clearly defined edge, and they can sometimes be diagnosed with fine needle aspiration. Fibroadenomas do not become malignant. 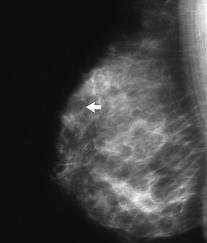 Fat necrosis is the name given to painless, round and firm lumps formed by damaged and disintegrating fatty tissues. This condition typically occurs in obese women with very large breasts. It often develops in response to a bruise or blow to the breast, even though the woman may not remember the specific injury. Sometimes the skin around the lumps looks red or bruised. Fat necrosis can easily be mistaken for cancer.

Sclerosing adenosis is a benign condition involving the excessive growth of tissues in the breast lobules. It frequently causes breast pain. Usually the changes are microscopic, but adenosis can produce lumps, and it can often show up on mammography as calcifications. Short of biopsy, adenosis can be difficult to distinguish from cancer. The usual approach is the surgical biopsy, which furnishes both diagnosis and treatment.

Papilloma is a small wart like growth that projects into the breast ducts near the nipple. Any slight bump or bruise in the area of the nipple can cause the papilloma to bleed. Single intraductal papillomas usually affect women nearing menopause. Multiple intraductal papillomas, in contrast, are more common in younger women. They often occur in both breasts and are more likely to be associated with a lump than with nipple discharge. 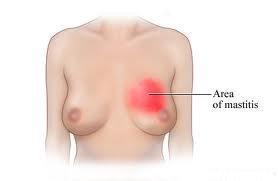 Mastitis is an infection most often seen in women who are nursing their babies. A duct may get blocked, allowing milk to pool, causing inflammation and then infection by bacteria. The breast appears red and feels warm, tender and lumpy. Sometimes, it may leads to abscess. Mammary duct ectasia is a disease of those women-nearing menopause. Ducts beneath the nipple become inflamed and can become clogged. 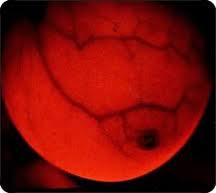 Most benign breast changes do not increase the risk of getting cancer. Recent studies show that only certain very specific types of microscopic changes put a woman at higher risk. These changes feature excessive cell growth or hyperplasia. Most of the women who have a biopsy showing a benign condition have no evidence of hyperplasia. These women are not at the increased risk of breast cancer.

Few percent of the benign breast biopsies show signs of hyperplasia, including conditions such as intraductal papilloma and sclerosing adenosis. Hyperplasia slightly increases the risk of developing breast cancer. Lumps that are soft, round and smooth need not be cancerous. An irregular, hard lump firmly anchored within the breast tissue is more likely to be a cancer. Small nodes may be palpated in armpits, which are lymph nodes. The skin appears as dimpled and puckered and the discharge is bloody. However, these are general observations, not hard and fast rules. The only sure way to diagnose a solid lump to be cancerous is to have some tissue removed and examined under the microscope by the procedural biopsy.
Some benign breast conditions produce a discharge from the nipple. Since the breast is a gland, secretions from the nipple of an adult are not unusual, nor even necessarily a sign of disease. Importance should be given if there is any change in normal secretion. A milky discharge can be traced due to various reasons, including thyroid malfunction, oral contraceptives or other drugs. 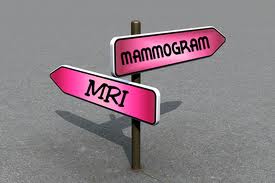 What to expect during a clinical breast exam

Evaluation of a breast lump typically begins with a clinical breast exam. During this exam, your doctor will likely:
If your doctor confirms that you have a breast lump or other area of concern, you'll likely need testing to determine what's causing the problem.
To further evaluate a breast lump, your doctor may recommend one or more of the following tests or procedures.
Fine-needle aspiration 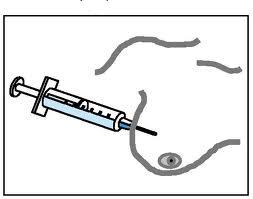 During fine-needle aspiration — which may be done during an office visit or through a referral to a surgeon or radiologist — a thin, hollow needle is inserted into the lump and any fluid is removed (aspirated). Your doctor may use ultrasound, a procedure that uses sound waves to create images of organs and tissues, to guide the needle placement and aspiration. 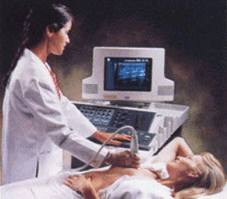 During an ultrasound, sound waves are used to create images of your breast. If the breast lump isn't painful and the ultrasound confirms that it's a cyst, you may not need aspiration. If the breast lump hurts, your doctor may use ultrasound to guide fine-needle aspiration — which can relieve pain. If ultrasound reveals that the lump is solid, your doctor may use a needle to collect a small amount of breast tissue (biopsy) for lab analysis. 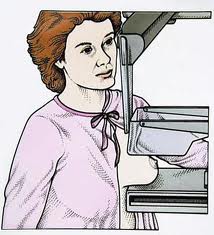 A diagnostic mammogram — a specialized breast X-ray — helps your doctor investigate breast lumps and other signs and symptoms, such as nipple discharge. Unlike a screening mammogram, which is done when there are no particular breast concerns, a diagnostic mammogram provides views at higher magnification from several angles and focuses on the area where the lump is located. This can help your doctor precisely locate and determine the size of the lump or abnormality. If your doctor suspects cancer, you'll likely need a needle biopsy and possibly surgery.
Depending on your age, your doctor might use ultrasound to make a diagnosis — either alone or in conjunction with mammography. Because a younger woman's breasts are denser than are an older woman's breasts, a mammogram on a younger woman can be more difficult to interpret. In general, if you're younger than age 35, ultrasound may be the only imaging test ordered. If you're age 35 or older, your doctor will likely order a diagnostic mammogram and an ultrasound of the breast lump.
Magnetic resonance imaging 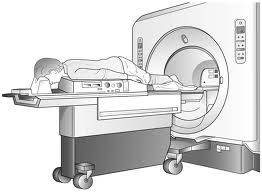 Magnetic resonance imaging (MRI) is an imaging test that uses magnetic energy rather than X-ray. If diagnostic mammogram and ultrasound results are normal but the clinical breast exam reveals an area of concern, an MRI may be helpful. However, an MRI takes longer to perform than other imaging tests and involves the intravenous injection of dye to help differentiate between benign and cancerous breast lumps. Cancerous tissue requires a greater blood supply than does normal tissue. Because MRI images show greater contrast in areas of increased blood supply, a radiologist can use the images to tell which areas may or may not be cancerous. MRIs can also be difficult to read, causing a false-positive or the need for additional testing.


If the breast lump is solid, your doctor may use one of the following procedures to take a tissue sample: